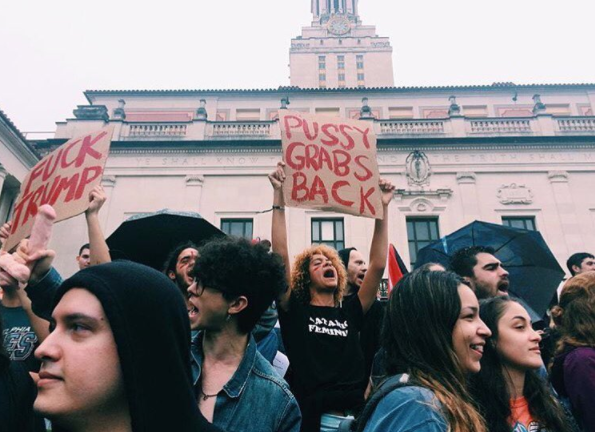 In reaction to Donald Trump's victory this week, San Antonians plan to take to the streets in a peaceful protest Downtown this Saturday, November 12.

The protest is being organized by Aztlan Rising, a group that says it aims to create a safe space for "Brown Berets to share their work in the movement." They say they're rallying against president-elect Trump because of his anti-immigrant, Islamophobic, sexist and racist rhetoric, and the threat he poses to environmental protections.

San Antonio joins several other cities across the country that are holding demonstrations against the election results this week, including students at the University of Texas at Austin, who marched from campus to the Texas Capitol Wednesday afternoon.