Man Dies After Jumping Into River at Brackenridge Park 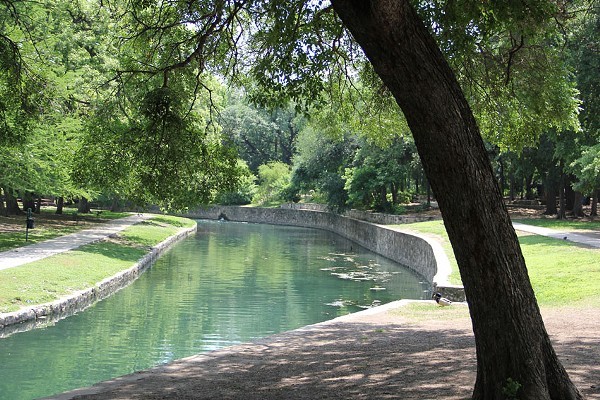 Late Sunday morning, police recovered the body of a man who cut himself with a bottle before jumping into the San Antonio River at Brackenridge Park.

In a brief statement to reporters, San Antonio Police Chief William McManus said police got a call from witnesses reporting an attempted suicide at the park at around 11 am Sunday. The park-goers, according to McManus, saw the man cut himself with a bottle before jumping into the water and swimming upstream. Park police and a firefighter eventually arrived to try to get the man out. "He wouldn't come out of the water," McManus said. "He at one point went under, and that's when park police and the firefighter jumped in to try to get him out."

Police have yet to identify the man, who was described as being in his early 20s or late 30s. McManus says the man was unconscious when responders dragged him out of the water. Police have classified the incident as an in-custody death since the man had contact with officers before he was pronounced dead at the hospital.