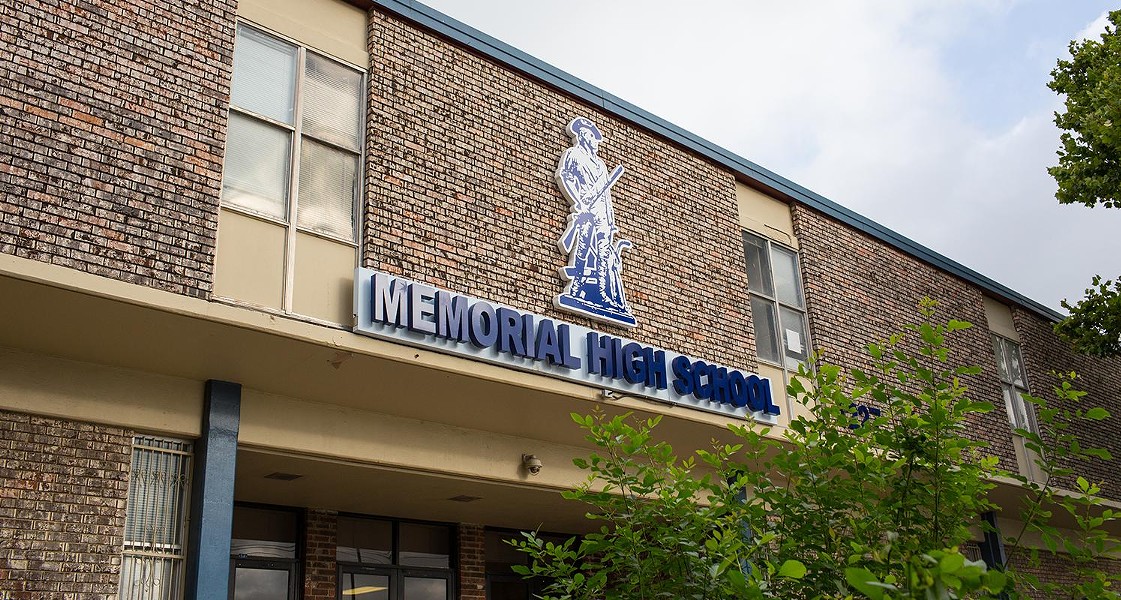 The lawsuit follows criminal charges against Manuel Hernandez, a former Edgewood ISD police officer, and Marcus Revilla, the girl's former chemistry teacher. Revilla has already been handed 13-year prison sentences in both state and federal court after pleading guilty to sexual assault of a child and production of child pornography; authorities say he filmed multiple sexual encounters with the girl, on school grounds, when she was just a 14-year-old sophomore. Hernandez is awaiting trial in Bexar County on charges of aggravated sexual assault of a child.

According to the lawsuit filed Monday, the girl's family argues that school officials turned a blind eye to the "long course of sexual harassment and sexual abuse" by the district cop and teacher. The lawsuit claims Hernandez targeted the  girl "immediately" upon her arrival to Memorial as a freshman in 2013, pulling the 13 year old into his office to "tell her of his sexual feelings for her, that he was using the school's security cameras to watch her on a daily basis, and improperly touch and/or grope her."

By 2014, her sophomore year, the girl had a predatory district cop and science teacher to worry about. The lawsuit claims that Revilla assaulted her, sometimes recording it, "on at least 100 separate and distinct occasions" throughout most of that school year. When Hernandez discovered her "relationship" with the teacher, he held it over her head, threatening he'd get her in "legal trouble" – unless she succumbed to his continued advances, that is. Both men, according to the lawsuit, would regularly issue the girl hall passes so they could get her alone during the school day.

According to the lawsuit, Edgewood officials should have known something was wrong. It claims that "multiple teachers  and/or administrators" knew of at least Revilla's creepy conduct with the student, but none filed a report on the matter. It also claims that "rumors regarding Revilla's conduct" toward the girl circulated among staff and students at Memorial, but nobody said anything. Meanwhile, sometime that school year, the girl became pregnant with Revilla's child.

The lawsuit says a Memorial teacher even notified the school's principal, Michael Rodriguez, that she'd seen Revilla and the girl together on a "date" off campus. "No action was taken by Principal Rodriguez or any school official to investigate or report the allegation as required under state law," the lawsuit states. Another teacher told Rodriguez that Revilla had been sexually harassing her and didn't think he should be a teacher. Again, nothing happened.

According to the lawsuit, the girl's abuse only came to light in March 2014, after Revilla's car was stolen and the San Antonio Police Department recovered it. Inside the car, police found the girl's school ID card and her school-issued computer. The lawsuit argues that what happened to the girl underscores a pattern at Edgewood ISD:


"[A]t all times relevant to this litigation, sexual harassment and other illegal conduct, including the sale of illicit drugs and firearms, were rampant at Memorial High School and tolerated generally by the staff. On or about the same time of the sexual abuse of the Plaintiff in this action, the Edgewood Independent School District had multiple other instances of sexual abuse against victims, establishing a custom, pattern, and practice of reckless disregard for the safety of the children in the Edgewood Independent School District and Memorial High School."


Edgewood officials couldn't be reached for comment Tuesday morning, but after Revilla and Hernandez were arrested in the spring of 2014, a district spokesman told reporters, "Obviously, we're not going to just hire any individual who has a criminal past. The actions of two former employees don't reflect the overall values of the Edgewood ISD employees."

The following year, a principal at a different Edgewood campus was accused of sexually assaulting students.