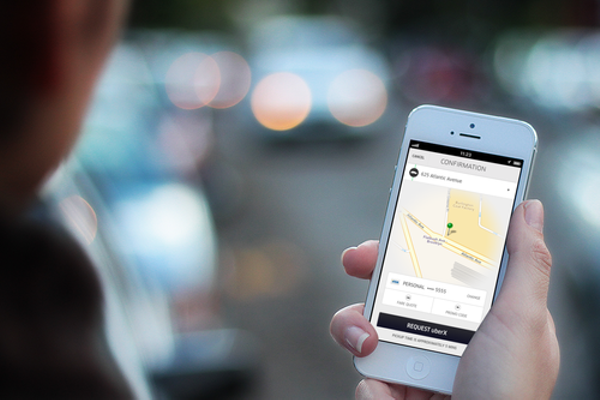 San Antonio will continue to allow rideshare companies to operate in town —regardless of whether their drivers have passed a city background check.

This decision comes after nearly three years of rocky negotiations between the city and rideshare companies Uber and Lyft, negotiations based largely on the companies' refusal to adhere to city's existing transportation rules. Both companies left San Antonio in 2015 after the city mandated "10-print" fingerprint background checks for all drivers (a requirement for all city taxi, bus and limo drivers), only to return when the council voted to give them a temporary pass. Today's vote extends that pass for at least the next year.

Going forward, rideshare drivers will still be encouraged to get a fingerprint background check, but it will remain voluntary. Less than 300 of Uber and Lyft's estimated thousands of drivers have opted in to this free 10-print check since the companies returned to town earlier this year. The city plans to incentivize their more stringent background checks by offering drivers pre-paid gas cards for participating.

While both companies have their own third-party background checks, opponents say these checks ignore aliases and any crimes committed more than seven years ago — possibly hiding charges for drunk driving, assault, and even murder. This loophole was underscored last year, when Uber's check missed a Houston driver's history in federal prison — only revealed after he was accused of sexually assaulting a passenger.

Only council members Ray Lopez (District 6) and Mike Gallagher (District 10) voted against continuing the program because of the flexible background check requirements.

Prior to the vote, council members heard heated testimony from community members both for and against the rideshare program. David Heard, co-founder and CEO of TechBloc, a tech advocacy group that's worked closely with the city to maintain a relationship with Uber, stressed that rideshare has greatly decreased the number of drunk drivers on roadways — a link that the San Antonio Police Chief William McManus says he cannot to confirm.

Taxi companies, meanwhile, were vehemently opposed to the pilot program, frustrated that their drivers have to follow city regulations that rideshare companies could dodge. Naturally, they were also worried about a drop in business.

Robert Gonzlaes, an advocate for the taxi companies, shared a News 4 San Antonio report that showed how few Uber drivers in town actually had a background check. He also noted that one rarely-mentioned rideshare company in town, GetMe, has already required all their drivers go through the city's 10-point background check.

"You say everything is going to fall apart if [Uber and Lyft] don't stay here," Gonzales said. "But that's not the case."

Ron Vankirk, one of 251 rideshare drivers who got a 10-print background check, told city council he did it "because the perception of having an extra layer of protection makes a difference."

"But most of my riders know nothing about fingerprint checks," Vankirk said. "If it matters to the riders, than it would be an issue. I think it background checks should remain voluntary until we see a problem."

Council members who voted to continue rideshare did stress the importance of data collection going forward. Neither Uber and Lyft have shared data on how many drivers actually work in the city, or how many trips San Antonians have taken with their drivers.

"I think it's very unfortunate we don't have that information," said District 5 Councilwoman Shirley Gonzales.

Other Texas cities have faced similar challenges with rideshare apps, all related to the companies' refusal to fingerprint their drivers. Uber and Lyft have permanently left Austin over this issue, allowing smaller, local rideshare apps to fill their absence. And while both companies have agreed to fingerprint their drivers in Houston, the city cut drivers' licensing costs in half to soften the blow.

State lawmakers have also threatened to void these cities' individual rideshare rules with legislation that would make the state responsible for regulating the companies — something San Antonio city staffers have said they're keeping an eye on.

In the meantime, today's vote may be the best compromise city council can land on.

"I'm going to say something I've said to the council before: The perfect is the enemy of the possible," said District 9 Councilman Joe Krier. "This may not be perfect but it is possible."