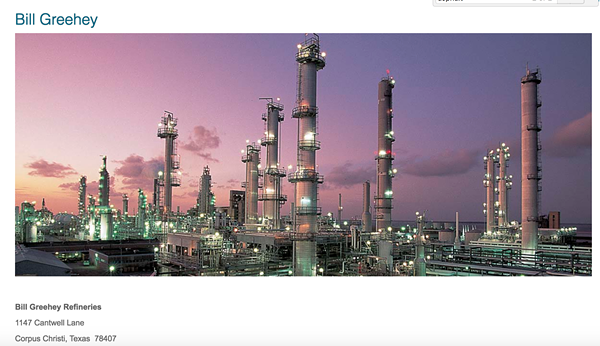 In Corpus Christi, there are now hundreds of thousands of people who can't use tap water for fear of industrial chemicals that may have seeped into the city's water system, causing a run on bottled water, long lines at local grocery stores, and closed schools.

City officials blamed a "back-flow" incident in Corpus Christi's industrial area, which they say may have allowed as much as 24 gallons of the chemical Indulin AA86, an asphalt emulsifier, to enter the water system. In an advisory issued late Wednesday, officials urged residents to avoid all contact with the water until further notice, warning them that boiling, freezing, filtering, or in any way trying to disinfect the water will not make it safe for use. "Only bottled water should be used for all drinking, beverage and food preparation (including baby formula and juice), making ice, brushing teeth, washing dishes or clothes, washing hands, and bathing until further notice," according to the city's alert.

While city officials haven't yet said which company is responsible for releasing the chemical into the water supply, San Antonio-based oil company Valero owns and operates a large refinery complex in the city's so-called "refinery row" that produces multiple grades of asphalt. In a statement to the Corpus Christi Caller-Times today, Valero spokeswoman Lillian Riojas blamed the issue on "third party operations" around Valero's asphalt terminal.

"We do not believe this issue is being caused by Valero’s Corpus Christi refineries. While the City continues to investigate this issue, we do not believe the City’s water has been impacted," the statement said. "We believe this issue is isolated to a lateral industrial line. Valero is offering its resources to assist the City in isolating the issue and to help confirm this has not impacted the City’s water supply." (We've asked Riojas for clarification and will update if we hear back.)

Meanwhile, the Caller-Times reports that H-E-B and Walmart have both contacted shipping centers to ensure more bottled water is sent to a city that, at least for right now, desperately needs it.

Update 12/16/16 at 8am: Valero spokeswoman Lillian Riojas sent us this statement in response to the lawsuit filed against the company: "While we have been named in lawsuits, we are not the source of the contamination in question. We continue to believe this is a localized backflow issue from Ergon in the area of Valero’s asphalt terminal. This issue is not related to Valero’s Corpus Christi refineries. Valero is cooperating with the City, TCEQ, and EPA. Valero is offering its resources to assist in isolating the issue and helping to confirm the City’s water supply is safe. In the interim, Valero is joining other companies to provide truckloads of bottled water to Corpus Christi."