Why Some Are Ditching the Mayor's Council on Policing 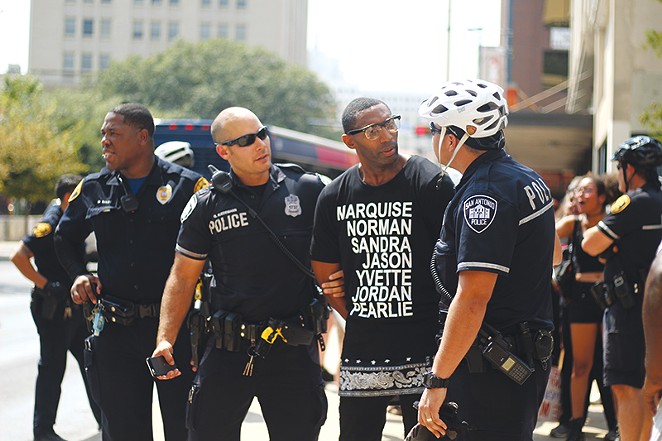 Mike Lowe says that when he was first asked to join Mayor Ivy Taylor’s “Council on Police-Community Relations,” he tried to keep an open mind. One of 35 members appointed to the group, which Taylor formed in the wake of a bitter contract dispute with the San Antonio police union that had led to rallies in the streets calling for police reform, Lowe was probably the most critical of both the mayor and the cops.

To activists like Lowe, who identify with the message of the Black Lives Matter movement, the police union contract was a revelatory flashpoint — and a gut-punch. Going into negotiations with the San Antonio Police Officers Association, *the mayor’s office had a list of seven reform and disciplinary issues to tackle as they hammered out a new contract. But when Taylor emerged with a deal, the new contract did nothing to reform San Antonio Police Department policies or disciplinary procedures. In the end, neither the mayor’s office nor union would budge on what is basically the lowest of the low-hanging fruit of police reform: fixing disciplinary rules baked into the contract that effectively cover up officer misconduct after enough time has passed. Even some elected officials say the policy amounts to a government-sanctioned falsification of records. 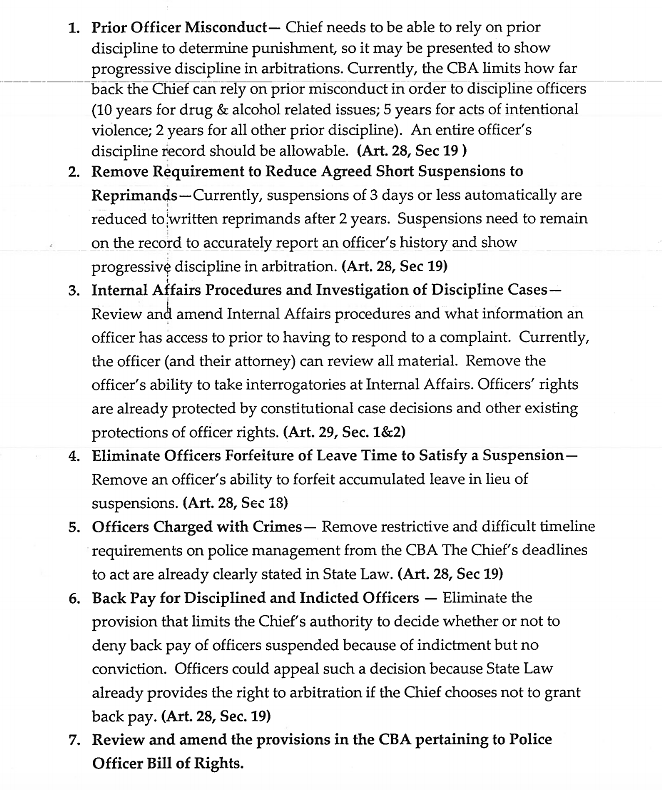 While Taylor’s group was supposed to build bridges, and trust, between the community and police, it’s had a rocky first few months. At, she says, the suggestion of a local criminal justice professor who’s helped set the agenda for the meetings, the group first met behind closed-doors, which confused and frustrated Lowe (“How can you say ‘community’ relations if you lock out the community?”). After some backlash, the public was invited to the second gathering, during which Lowe locked horns with San Antonio Police Chief William McManus.

That’s because back in April of this year, more than 90 percent of police union members voted that they didn’t have confidence in McManus to lead their department. The vote followed SAPD officer John Lee’s fatal shooting of an unarmed man, Antronie Scott (police say Lee mistook Scott’s cell phone for a gun). At first, McManus said he’d fire Lee, but two weeks later, he backtracked, saying Lee wouldn’t face any disciplinary action in lieu of more training. That wasn’t enough for the union, which in its no-confidence report accused McManus of “poisoning the community against” their fellow officer and breaking the “sacred bond of trust between police officers and their leader.” They also chided McManus for even considering reforms for police use of force.

At that second meeting of the mayor’s police-community relations group, Lowe was direct with McManus: “How do you change a culture where 90 percent of your law enforcement officials have no confidence in you?” To Lowe, McManus’ response was terse and dismissive: “We are past that issue today. That is my answer.” For its third meeting, officials again locked the public out. By that point, Lowe says he was done talking in circles. He didn't attend the group's fourth, lightly-attended meeting this week (he did later watch a video of the meeting).

Lowe is not alone in his frustration. Councilman Rey Saldaña, the loudest voice of opposition to the police union contract that passed in September (and one of only two on council to vote it down), says the mayor’s group is still vaguely talking around issues instead of addressing them head-on. At this week’s meeting, which Saldaña attended, some in the crowd seemed perplexed by the restraints placed on the chief due to the union contract. They hadn't even talked about the dustup that led to the group's creation in the first place. “We haven’t been talking about the elephant in the room, we’re just talking about all the animals around it,” Saldaña told the Current. He says he’ll remain engaged, if only to ensure council isn’t caught flat-footed the next time the local police union contract is up for renewal — in five years.

Likewise, Lowe says there are specific, already-identified issues the council should be taking up: that we live in a city where police are more likely to use force against people of color; that we’re policed by officers who might beat you into paralysis if they mistake you for a suspect or shoot you because they think your cell phone’s a gun; that city leadership, despite loud opposition (even from the Castro twins), couldn’t fix a union contract that forces police officials to overlook past misconduct when deciding how to punish an officer; that the local police union president compares Black Lives Matter activists to the Ku Klux Klan.

That the discussion has yet to circle around to any of those points, even after four meetings, isn’t just disconcerting to Lowe. To him, it shows how little the council can actually accomplish at this point. “I think what the mayor wants is to create an atmosphere where people can say yes, yes we trust the police,” Lowe told the Current this week. “I don’t necessarily have a problem with that, but how do you have a conversation like that without discussing the specific things we keep bringing up that, to us, show that the police have done wrong?”

Perhaps because of all the now-empty seats, Taylor started this week’s meeting (which you can watch here) by striking a somewhat defensive tone: “We weren’t created to appease critics of the city council-approved [police union] contract and we weren’t created to boost the profile of myself, other elected officials or other community members here in the room.” She reiterated that her hope is for the council to "restore confidence in law enforcement in those corners of our community where it’s been lost.”

—
*Correction 12/29/16 at 11 am: The original version of this story stated that city council had given the mayor's office a list of disciplinary and police reform items to tackle in negotiations with the union. It was the city manager's office, at the request of the mayor, that had developed that list of items (none of which were ultimately addressed in the negotiation process with the police union).