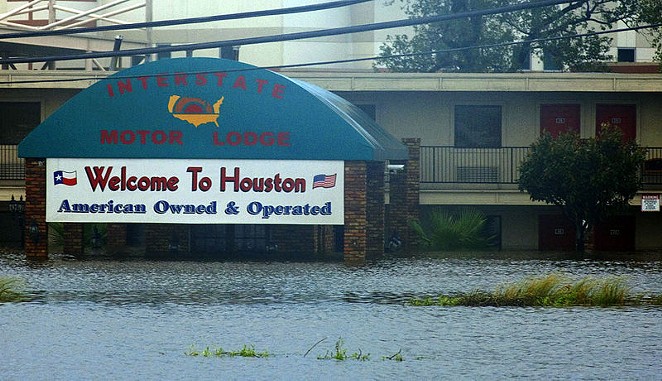 President Obama signed a bill Monday that may expedite the process of constructing a hurricane protection system for the Texas coastline, particularly the Houston region.

If the bill achieves its aims, it will speed up the U.S. Army Corps of Engineers' work to build a so-called “coastal spine” — a huge floodgate and barrier system to protect the Houston and Galveston regions from the next big hurricane that reaches Texas.

The legislation was introduced by Sen. John Cornyn in April, shortly after Houston's second 100-year flood in two years and a massive investigation by ProPublica and the Texas Tribune that illustrated just how destructive a "monster hurricane" could be to the Gulf Coast's most populous region.

Called the "Corps’ Obligation to Assist in Safeguarding Texas," or COAST, Act, the bill cuts an often time-confusing step out of the corps' work: getting a green-light from Congress to begin construction on the project.

Despite heaps of research linking a rise in hurricanes to climate change, Cornyn remains a proud skeptic of global warming. He's still under the illusion that many scientists are unsure of whether human activity contributes to climate changes (especially activity that keeps Texas' oil and gas industry afloat). And even after his bill's passage Monday afternoon, he kept the mystery alive on Twitter, vaguely replying to a critic's tweet about his climate denial: "How long has the planet had hurricanes? — a long time."

The corps began researching this protective system earlier this year, and has estimated that construction on this project wouldn’t begin until 2024, at the earliest. It's unsure how much the bill's passing will speed up this process.

"The folks who live along Texas’ upper Gulf Coast are seeking certainty in the face of natural disasters," Cornyn said in a Monday statement. "This law takes a big step toward that.”