Bill Could Make it Harder for Poor, Abused Spouses to Get a Divorce in Texas 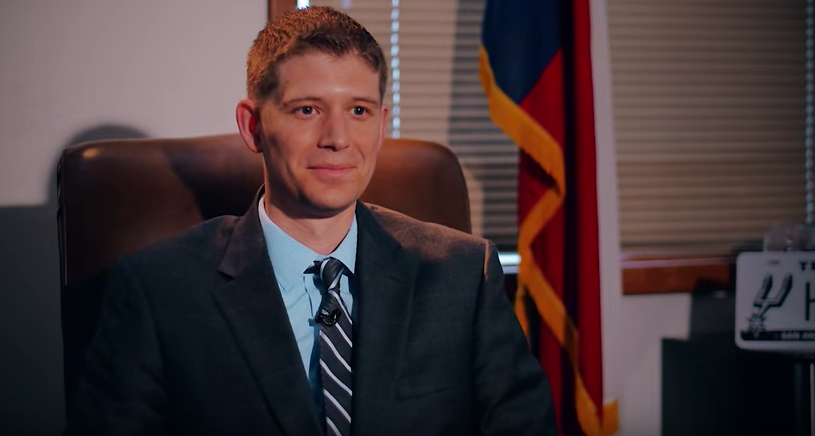 He is, however, filing bills to make divorce more expensive, more time-consuming, and much more complicated to get in Texas.

The Fort Worth Republican has filed two bills for the looming 2017 Texas Legislature: One that more than doubles the amount of time a couple must wait to finalize a divorce, and another to repeal a person's right to divorce for non-criminal reasons. Krause said he filed these bills in hopes of giving children a better future — and preserving the sanctity of marriage.

But taking away Texans' freedom to divorce without cause may actually worsen a child's wellbeing, lock abused spouses into violent relationships, and essentially make divorce a privilege of the wealthy.

"Marriage has been devalued over the past decades," Krause said. "It's time to admit we made a mistake."

Krause believes "no fault" divorces — ones that are simply rooted in a couple's unresolvable differences — are the culprit.

These "no fault" divorces have only been legal in Texas since 1970. Up until then, a person had to prove in court that their spouse was "at fault," meaning they were either cruel, adulterous, a felon, had intentionally abandoned them, moved away (in a mutual agreement), or lived in a mental hospital.

The 1970 law intended to cut back on the constant issues with falsified evidence in divorce court and to avoid unnecessary animosity between divorcees with children — for the kid's sake. After such laws passed across the country, however, social scientists stumbled upon a significant unforeseen benefit.

Krause, however, said his bill will reinstate a "century-old law" to replace its predecessor, a law he calls a "mistake."

"We've found that the current law has not produced the benefits it intended," Krause said, citing a report from the Heritage Foundation, a conservative think tank, that finds children raised by married parents are statistically more successful in life than those with split parents.

The report does not mention the success rates of children raised in abusive households — where a spouse is unable to prove in court that they're in an emotionally or physically abusive relationship.

"Living in an abusive home, even if it's just two or three years, can do irreparable damage to a child," said Patricia Castillo, director of the PEACE Initiative, a domestic violence awareness organization. "So many of those kids end up in our state's foster care system, juvenile justice system, or homeless."

Legislators who say its best to keep that family together, she added, "are either in denial or simply ignorant."

The chances that a victim of domestic violence will choose to take their abuser to court are slim, Castillo says. That's because many victims are hesitant to report their abuser to law enforcement — or even a close friend — out of denial, or worse, fear of retaliation.

For good reason. According to Marta Pelaez, president of San Antonio's Family Violence Prevention Services, an abuse victim's risk of harm is actually greatest when the victim decides to leave or get a divorce. Some studies find that nearly 75 percent of all domestic abuse homicides directly follow a separation.

"The idea of placing terms on granting a divorce could conceivably benefit a perpetrator when there is property to be divided or custody of children to be addressed," Pelaez wrote in an email to the Current.

And about half the time, if a spouse is being abused by their partner, so is their child.

It appears Krause's bills could further lock abused spouses and their children into an unsafe environment. But forcing people to stay in an abusive relationship is the last thing he wants his bill to do, Krause said. Would he, then, amend the current legislation to safeguard at-risk spouses and kids?

"That's a good question, I don't have a good answer for that," Krause said. "If we could find a way to protect them, I'm all for it, but I don't know how we would."

Another unknown is what Krause's bills might do to low-income people seeking a divorce. In most cases, no fault divorces are far less expensive than fault divorces — thanks to additional court fees, attorney time, and extended hearings if the other spouse chooses to contest.

Krause said he's unsure how to guarantee that people across economic strata are allowed an equal shot at getting a divorce. But he says his office is currently researching what people did to pay for a divorce before 1970.

Krause said he's against laws that increase the government's ability to encroach on individual freedoms. And while his bill would empower the state to decide who is free to make an informed decision and who isn't, Krause says it's not the same. Since the state already decided to get involved with regulating divorce in the 70s, he stressed, this isn't added government meddling — it's just a change in what already exists.

If approved, Texas would be the first state to repeal no fault divorce. But bills like Krause's have repeatedly failed in previous legislative sessions, giving hope to opponents like Castillo.

"I think legislators that are aware of this bill's problems will become a barrier, not letting it get anywhere. At least, that's what I'm hoping," she said. "We need to be able as a state to give families as many options as possible to be safe."