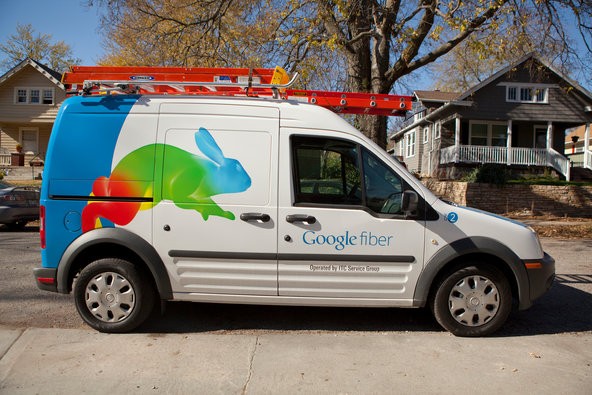 On Wednesday, a week after city hall essentially stalled Google Fiber's much-anticipated rollout in San Antonio, city leaders say Google's been mum on the issue and has only provided "limited information" to the city thus far.

While councilwoman Rebecca Viagran defensively assured citizens city leaders hadn't "halted" the high-speed fiber-optic network (she called any such suggestion "misinformation"), here's what actually happened last week: After enough people got mad about Google building one of its "huts," a transfer station the size of a large shed surrounded by fencing, in a tiny Terrell Heights neighborhood park, Mayor Ivy Taylor essentially asked City Manager Sheryl Sculley to consider a "moratorium" on fiber construction. Sculley responded with a memo placing all "construction activity" on the fiber huts "temporarily on hold." Sculley also said her office would invite Google representatives to this Wednesday's council meeting, in which her staff would brief city leaders on the supposed path forward when it comes to Google Fiber.

Not only did Google reps not show, they're not even really talking with city staff right now. At Wednesday's meeting, the city revealed they're basically ordering Google to move eight of its 15 planned hut locations (locations the city had already approved but now decided aren't such a good idea because "Make Parks Great Again"). What does Google think of that? Deputy City Manager Peter Zanoni told council that Google hasn't been saying much — "They've been pretty quiet."

Meanwhile, Zanoni tried to downplay how disruptive the city's new plan could be to Google Fiber's SA rollout, telling council that, "based on the limited information we have from them," Google was probably already going to re-evaluate its network and look for changes that could be made anyway. We couldn't even reach a real person at Google for questions, and only got a prepared, emailed statement from an anonymous spokesperson: "Google Fiber remains excited about delivering high-speed connectivity to San Antonio residents. We want to be good neighbors, and we will continue to work with the City to follow all permitting and other requirements throughout construction and when selecting network hut sites."

What's still not known is how long this pause will last or whether it could impact the 20-year, $1 million lease agreement the company signed with Google Fiber back in 2014. What we do know, however, is that the company has soured on fiber elsewhere and pulled back where it's faced roadblocks, just last year halting fiber installation in eight different cities, including Dallas. And we already knew Google Fiber construction could get rocky; as the company continues to roll out its fiber line in Austin, that city's dealt with hundreds of complaints ranging from trespassing to cut water lines and dumping.

Neighbors near Haskins Park have demanded the city force Google to demolish the fiber hut in their neighborhood and move it somewhere else, which the city isn't saying it will do right now. City staff also couldn't say when construction on Google Fiber's line might restart.

Zanoni told council he's hoping staff can talk with Google reps in the next two or three weeks. Maybe. He's still waiting to hear back from them.