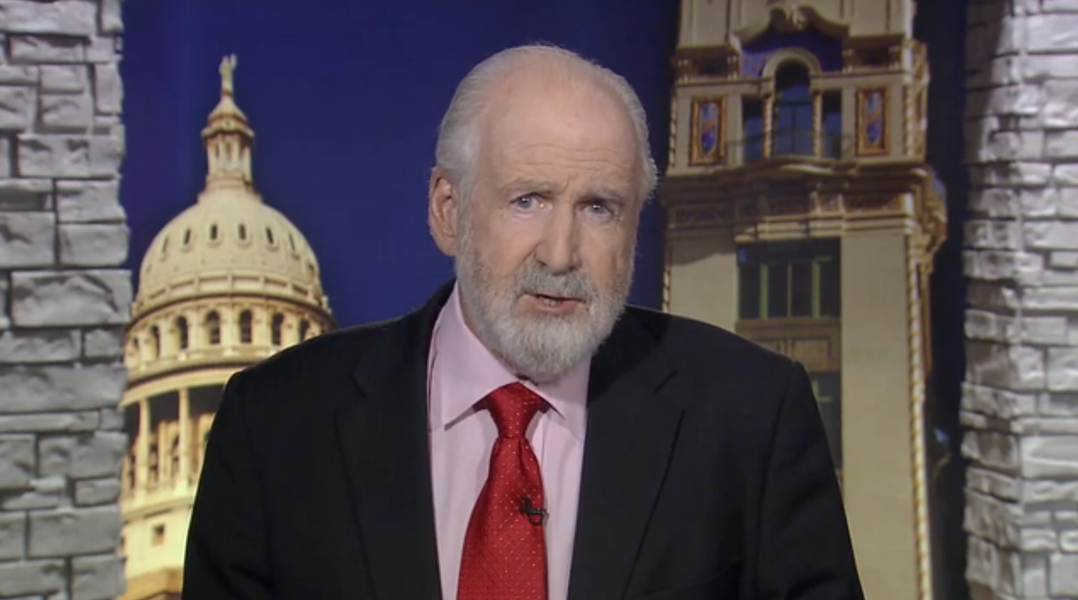 Rick Casey is a Texas institution, a longtime and legendary columnist for the San Antonio Light and Houston Chronicle newspapers before he jumped to local PBS station KLRN for his talk show "Texas Week." Last week, he planned to cap his show as he always does, with a short column on some issue in the news.

Only this week it never ran. Because Casey wanted to, with his signature sharpness, cut to pieces Lamar Smith's bat-shit suggestion, during a House floor speech trashing the "liberal media" last month, that Americans should turn to President Donald Trump as their news source  — that, as Smith explained, "It might be the only way to get the unvarnished truth."

The Express-News' Gilbert Garcia explains why KLRN president and CEO Arthur Rojas Emerson spiked the piece in his own column this morning. Emerson's supposed reasoning is particularly troubling:


"Emerson did not respond to an interview request for this column, but he told Casey that in the current political climate, federal funding of the Public Broadcasting Service (PBS) is under a cloud. Emerson worried that Casey’s commentary could add fuel to efforts to defund the Corporation for Public Broadcasting, which provides about $222 million a year to PBS stations, including $1 million to KLRN."

You can read Casey's written column here, which the E-N ran, as per usual, in its Saturday edition.

What's even stranger about the episode is that, according to Garcia, any threat from Smith's office doesn't even appear to have been that great or explicit. Smith’s press secretary told Garcia she reached out to Casey's show producer after seeing a promo clip teasing the column on the congressman, which the office hadn't known about. That was apparently enough to make Emerson worried enough to spike the column. Or, as Garcia hints, maybe it was because Emerson actually has some history with Smith, like when his ad agency in 2002 produced a trashy campaign spot for Smith using images from the World Trade Center attacks.

Regardless, it's a spineless approach to journalism — that legitimate criticism of asinine things politicians say would be off limits if it might make said politicians mad enough to threaten you.