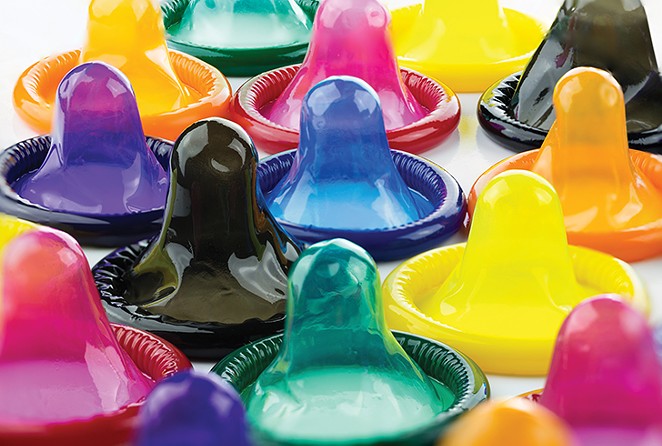 The rates of sexually transmitted diseases in Bexar County have never been higher.

According to the most recent data from the state Department of State Health Services, 2015 was a record year for chlamydia, gonorrhea, syphilis, and HIV infections across the county (and in some cases, the state). State officials say this is the result of poor access to testing and inadequate federal funding — two indisputable factors — but don't mention another problem setting Bexar County (and Texas) apart from less-infected states: access to accurate sex education and contraceptives.

A new study from the education advocacy group Texas Freedom Network found that 83 percent of all Texas public school districts teach abstinence-only sex ed — or don't teach it at all. It doesn't help that Texas cut even general health education requirements for high school students in 2009, either.

Studies have proven again and again that states that focus on abstinence education have skyrocketing rates of STDS and teenage pregnancies —  just look at Crane High School's 2015 chlamydia outbreak as an example.

At the same time, the state legislature has spent recent years slashing funding and access to Planned Parenthood clinics and other reproductive health centers, making it difficult for thousands of Texans to access affordable contraceptives — namely, condoms (the best way to avoid catching an STD during sex).

But, according to Catherine Troisi, an infectious disease expert at UT Health School of Public Health in Houston, it's the fault of dating apps like Tinder and Grindr that Texans are getting more STDS.

According to Troisi, apps “make it very easy to have anonymous hookups and often condoms are not used." Which seems to only further underscore the importance of sex ed that covers, well, things like condoms.