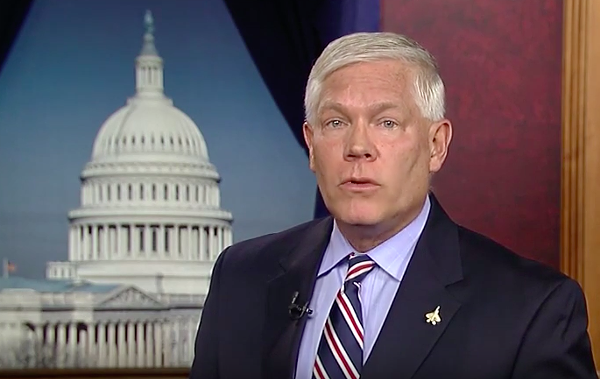 By now, a handful of Republican members of Congress have submitted their own Obamacare replacement bills to Congress. While Speaker Paul Ryan has said the official replacement, currently dubbed the "American Health Care Act," will largely resemble the bill penned by former representative Tom Price (now Secretary of Health and Human Services), U.S. Rep. Pete Sessions from Dallas may disagree.

Sessions submitted his bill titled "The World’s Greatest Healthcare Plan of 2017" just days before Ryan said he'd go with Price's plan — one that, to some conservatives' irritation, neither repeals nor replaces the most substantive parts of Obama's health plan.

Sessions' bill, despite being the "best," is pretty similar to Price's legislation in that it cuts mandates and adds tax incentives (it also looks oddly similar to Sessions' "World's Greatest Healthcare Plan of 2016").

"It's what I truly believe is the world's greatest health care plan," Sessions says in a campaign video. His bill doesn't offer any data or research on other global health care plans to prove how it will truly live up to its name.

While GOP leaders mold Price's bill into a final draft, it's likely they'll pull wording from similar legislation floated by Congress — maybe even Sessions'. Let's hope it's not the name.