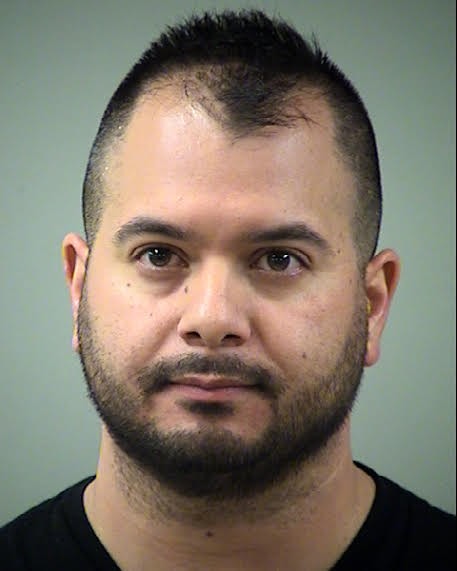 An armed, off-duty prison guard was arrested Sunday for impersonating a police officer in a traffic stop on the far west side.

Driving a white Crown Victoria (a classic cop car model) with flashing blue and red lights, Justin Coats convinced a solo female driver he was a cop — and that she was in trouble. Like most people seeing flashing police lights in their rear-view window, she pulled over and parked along Cullum Park Road.

But shortly after Coats walked up to the woman's parked car, a Bexar County deputy stopped to investigate the unmarked car. Coats was promptly arrested for impersonating a public servant. It's unclear what he had told the woman.

In a press release, the Bexar County Sheriff's Office gave recommendations for drivers who may question "whether an officer stopping them is real." This includes slowing down, but not completely stopping if you think you're getting pulled over, asking to see the cop's badge, and even calling 911. Seems like unusual advice in a state where legislators want to mandate a class simply to teach students how to act in a traffic stop (the catch phrase, 'comply, then complain') and the governor wants to make disrespecting a cop a hate crime.