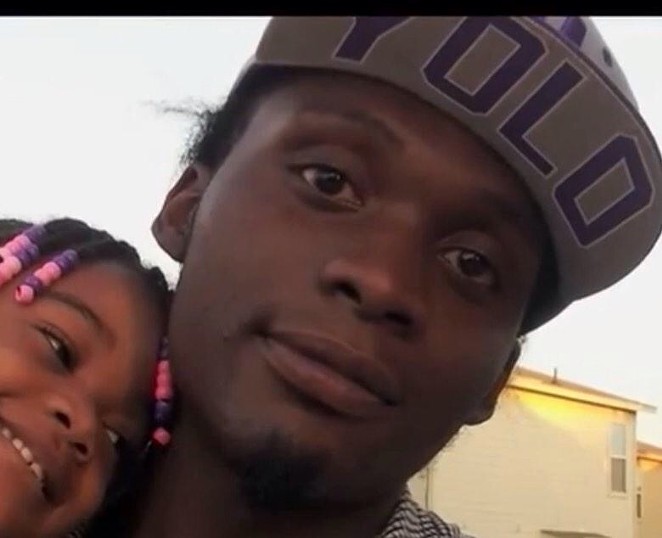 On Tuesday, a judge in the federal lawsuit filed against SAPD and the off-duty cop that shot and killed Marquise Jones issued a warrant forcing a key witness, whose previous statements contradict the city's narrative of the shooting, to testify when the case goes to trial next week.

It's just one more twist as the three-year-old case inches toward a jury trial in five days.

The first abrupt turn in the case this week came Monday, when the City of San Antonio decided out of the blue it would hire an outside law firm to conduct a "thorough review" of SAPD's investigation into the February 2014 shooting — a significant reversal, considering the city has maintained for three years that there was nothing wrong with the way it investigated its own officer. In a memo to city council and the mayor's office, City Manager Sheryl Sculley said her office had ordered the review "out of an abundance of caution." A key argument in the lawsuit Jones' family filed against the department and officer Robert Encina, who shot and killed Jones, is that SAPD's own investigation into the February 2014 death was so shoddy that it obscured the truth, either intentionally or due to incompetence.

Another major reversal from the city last week involves the blue-steel revolver found some 15 feet away from where Jones collapsed dead on the pavement from a bullet to the back. For years, SAPD investigators have said that gun wasn't tested for fingerprints or any other physical evidence. When pressed in court depositions, the department's own experts said they didn't even attempt to gather evidence because of a "patina" on the weapon that made it unlikely to render prints. They also testified that they could never tie the gun to Jones.

For the Jones family, that meant not only did police fail to prove the gun belonged to Jones, they also didn't even try. The attorney for Jones' family has argued that whether SAPD tested the gun is even more important when you look at other conflicting details in the case. Encina says he fired at Jones eight times because he saw him with a gun, but his description doesn't match the weapon found on the pavement several yards away, close to the street Jones was running toward. While one other eyewitness told police the morning of the shooting that he also saw Jones with what "looked like a handgun," five other witnesses gave statements saying they didn't see Jones with a weapon.

Now, however, the city says that SAPD did in fact test that gun for prints but came up with nothing.

This isn't the first time in the Jones case that something the city had long sworn to in court suddenly changed. Early on in the case, Daryl Washington, the lawyer for the Jones family, wanted any surveillance video from the Chacho's restaurant off Perrin Beitel, where Jones was shot and killed the morning of February 28, 2014 while trying to run away from the restaurant's drive-thru area. The restaurant said it had no video from that morning, and SAPD said it hadn't gathered any in its investigation.

Then last year, closed-circuit security camera footage surfaced showing the inside of Chacho’s the morning of the shooting. Conveniently, the city and DA's office now maintain that video discredits the testimony of a restaurant worker who later came forward to say he witnessed the shooting, that Jones didn't have a gun, and that police never so much as asked for him to give a statement. After signing two affidavits and testifying in a court deposition, the man recanted his story under questioning from the DA's office last year. Washington, the Jones family's attorney, argues the witness was pressured into changing his statement.

Lawyers in the case are now arguing over the testimony of yet another witness police never talked to the morning of the shooting. James Brantley claims he was in a car next to the one Jones ran from right before he was shot. In an affidavit filed in court, he says Jones clearly didn't have a gun when Encina killed him. As we reported this week, Brantley later told an investigator with the DA's office that Encina walked right up to him after the shooting to confirm that he saw a gun. Brantley says Encina "made a face" when he told him what he saw — that there was no weapon.

The DA's office says it never called a second grand jury to review Jones' shooting because Brantley was an uncooperative witness who refused to show up in court. The city has basically made the same argument, claiming it's tried to subpoena Brantley for a deposition several times but that he keeps dodging service. Washington, the Jones family's attorney, continues to allege that Brantley is reluctant to come forward because he's been harassed by law enforcement officials.

On Tuesday, the city went into court asking a judge to block Brantley from testifying in the lawsuit. In court filings, the city argued Brantley's testimony would be an "unfair surprise." Instead, the judge cited Brantley for contempt of court and issued an order for his arrest, meaning Brantley could soon be forced to give a deposition and testify in the case.

If you believe the story Brantley gave an investigator with the DA's office last year, that testimony does not look good for Encina and the City of San Antonio.

“He (Jones) pulled his pants up and he (Encina) shot the shit out of him,” Brantley told the investigator. “He shot him up.”