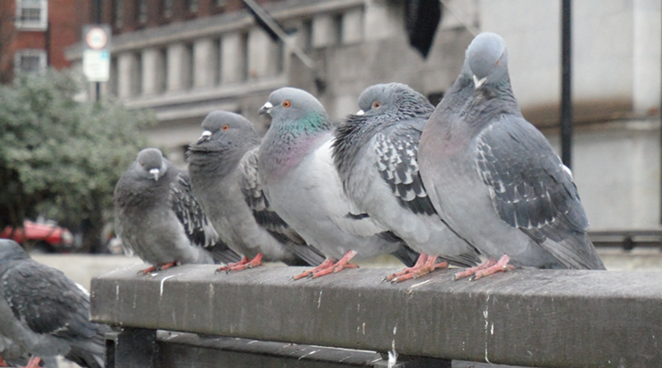 Students and administration at Texas Tech University have had it with the overpopulation of pigeons flying around and pooping on their campus. So, they've come up with an idea to solve their problem: pigeon birth control.

According to the Houston Chronicle, the university typically spends over $100,000 a year to clean up pigeon poop — money that could be better spent on literally anything else, they argue. The brains behind the pigeon population control project, Erin Bohlander, a PhD student in natural resources management, says he wants to feed the pigeons a birth control for birds called Ovo by mixing it with corn and putting it in feeders.

The school doesn't expect an immediate impact on the pigeons, but they're hoping it'll eventually help reduce the population, giving them less crap to clean up in the future.