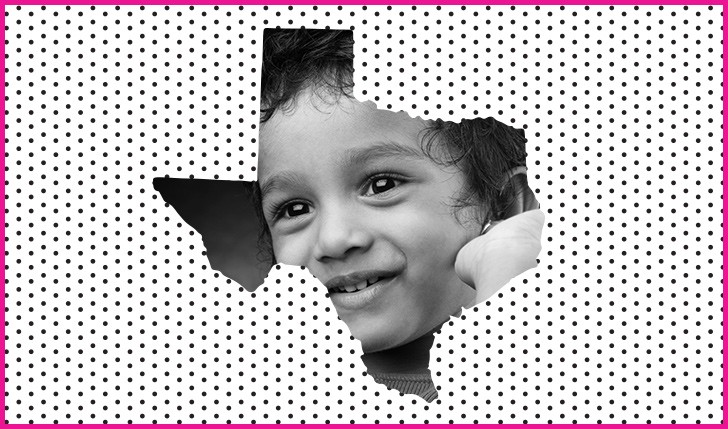 The bill, authored by Rep. James Frank, would legally safeguard faith-based groups for making decisions based on their "sincerely held religious beliefs" when working with foster children. Frank, a Wichita Falls Republican who introduced House Bill 3859 to the House State Affairs Committee Wednesday, says the bill is not meant to exclude or deny services to foster children — only protects providers from crippling lawsuits.

"It doesn't impose religious conscious but allows it," Frank said Wednesday. “It's about having as many quality homes as possible."

Child advocates, however, see this bill as a way for faith-based foster care programs to place their beliefs before the best interests of the children they serve. They worry a provider could use this law to block foster teens from accessing legal contraceptives, force them into gay conversion therapy, or remove them from a foster home simply because the parents are LGBT or practice a different religion.

"This bill makes the religious belief and convictions of the providers the primary concern," said Katherine Miller, president of the Texas Freedom Network, a religious freedom nonprofit. "The providers interests trump the child's interests."

"Saying that you'd like to disregard certain laws based on certain beliefs is concerning," Francis said. He suggested the bill could provide a loophole for religious groups to override state anti-discrimination laws, reproductive health laws — and others.

According to the Attorney General's office, he's not wrong. "It's my understanding that there are 75 percent of providers who are currently willing to serve any community," said Brantley Starr, representing the AG's office at the Wednesday hearing.

Under this bill, the other 25 percent that have "religious objections" would be able to deny service to potential foster parents and refer them to another provider — ultimately keeping kids in the system longer.

Rep. Frank said his bill only exists because outside organizations keep suing these faith-based contractors. "If people were more focused on children than a political agenda, then we would not have to be stopping anti-religion lawsuits hurting our foster care providers," he said.

When prodded for examples, Frank said he doesn't "have many numbers" on these kind of lawsuits in Texas. Jennifer Allmon, director of the Texas Catholic Conference of Bishops, told the committee to "just Google it."

This vagueness was further underscored by Kate Murphy, child welfare policy expert for Texans Care for Children said she'd never heard of a lawsuit based on this bill's claim ever being brought to state courts.

This bill follows two years of legal turmoil within Texas CPS — ignited by a blistering federal ruling that found the state guilty of violating thousands of foster children' rights. According to the ruling, the state's biggest problem was its reliance on privately-run foster facilities packed with dozens of kids (and ripe for unchecked abuse and neglect). That's why state officials have called on the public to help increase the number of foster parents in the state — to avoid placing vulnerable kids in these toxic, dorm-like homes.

But, depending on who you ask, this bill could shrink the size of foster care providers if it passes or if it fails.
About one-forth of all foster care providers in the state are religiously affiliated, and top state officials have called on more Christian organizations to pitch in. On Wednesday, at least five faith-based child welfare groups said they would limit their foster care services in the state if this bill didn't pass.

"Our board has told us that there is a moratorium on our expansion of foster care and adoption until this is resolved,” said Randy Daniels, the vice president of Buckner Children and Family Services, a Christian provider.

The committee left HB 3859 pending, but its conservative majority made clear its support.

“These children are coming in from bad situations. We need more folks who are willing to be part of the fostering system, not less,” said Committee Chairman Rep. Byron Cook, a Corsicana Republican. "It’s easy to come in here and be against, but it’s a lot harder to give solutions. We have kids that are suffering while we’re trying to figure this out.”