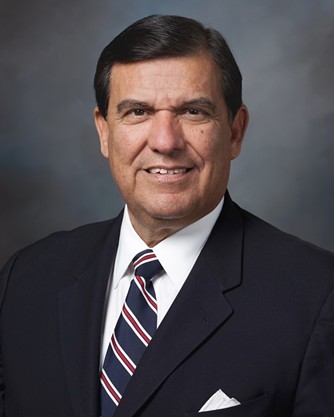 Eddie Lucio Jr. is a unique kind of Democrat in the Texas Senate, a devout Catholic from the state’s border lands who openly admits that his faith guides his decisions as a lawmaker. Over the years, that has meant Lucio's been quick to help his colleagues across the aisle champion policies his party generally eschews – like supporing greater abortion restrictions for abused or neglected teenage girls, school vouchers or a gay-marriage ban.

So it was little surprise when Lucio came out as the only Democrat in the Texas Senate to support the other party’s red-meat social conservative item for the session – Senate Bill 6, a measure that would, in many cases, ban transgender people from using public restrooms that match their gender identity. This week, Lucio explained the decision by doubling down on his faith-driven approach to policymaking, telling a Rio Grande Valley NBC station, “I don’t believe in separation of church and state.”

But is that really the reason Lucio voted to advance SB6? The issue got a little more clouded last month when the Quorum Report (a sometimes wonky, deeply-reported newsletter on Texas politics) discovered that the bill’s author had quietly slipped a $5 million rider into the senate’s spending plan to help fund a pet project in Lucio’s district, a historic adobe mansion and birding center in McAllen. And all in a tight budget year where lawmakers are having to cut elsewhere.

Lucio told the Valley TV station this week that the project's convenient boost in funding had nothing to do with his vote on the anti-trans bill. “Everything that I do, I look at it as an act of faith, a moral obligation that I have for all people.”

Faith, morality, piety – that’s what Lucio says is behind his approach to lawmaking. That could explain the tense, ugly exchange he had with a psychologist and transgender man when Lucio's senate committee heard testimony on the anti-trans bill last month.

Lucio kept pressing the doctor, Colt Keo-Meier, on how a trans person’s presence in a public restroom might “violate someone’s privacy.” Keo-Meier responded with a question: “How does my existence violate your privacy?”

So Lucio followed up by asking Keo-Meier if he believes in god. When the doctor answered yes, this was Lucio’s response: “Do you also believe in altering his creation?” When Keo-Meier brought up the discrimination trans people face every day, Lucio was dismissive, offended even. “I am against segregation, OK? I lived through the civil rights era, which you did not. This is no where close to that.”

Naturally, Lucio ended the exchange on a pious note: “I embrace all human beings. Thank you very much.”