75 Percent of Sexual Misconduct Cases at UTSA Go Unreported, According to Survey

Last month, a study surveying sexual misconduct on 13 of the 14 campuses in the University of Texas systems found that 15 percent of female undergrads at UT Austin say they've been raped. That same report found that 75 percent of sexual misconduct incidents at UT's San Antonio branch go unreported — a startling three points higher than the average number of unreported incidents at UT system campuses.

The survey also points out that LGBTQ+ students are victimized at a rate disproportionate to their population size, and while making up a minority of the student body, LGBTQ+ students make a significant percentage of students who report having experienced sexual misconduct. 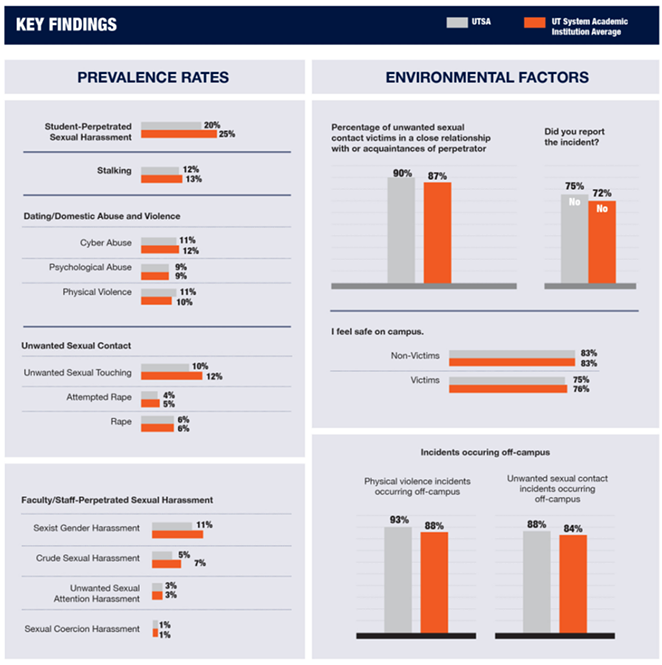 This comes just over a month after then-UTSA President Ricardo Romo was put on leave for inappropriate sexual conduct, or, according to Romo: "the way I embraced women made them uncomfortable."

Following the report's release, UTSA interim president Pedro Reyes called for the immediate formation of a campus task force and pledged to continue to use every resource available to ensure the wellbeing of students.

In an email to the student body, Reyes said that even one incident of sexual assault or harassment is one too many, and that UTSA must have a zero tolerance policy regarding sexual misconduct.