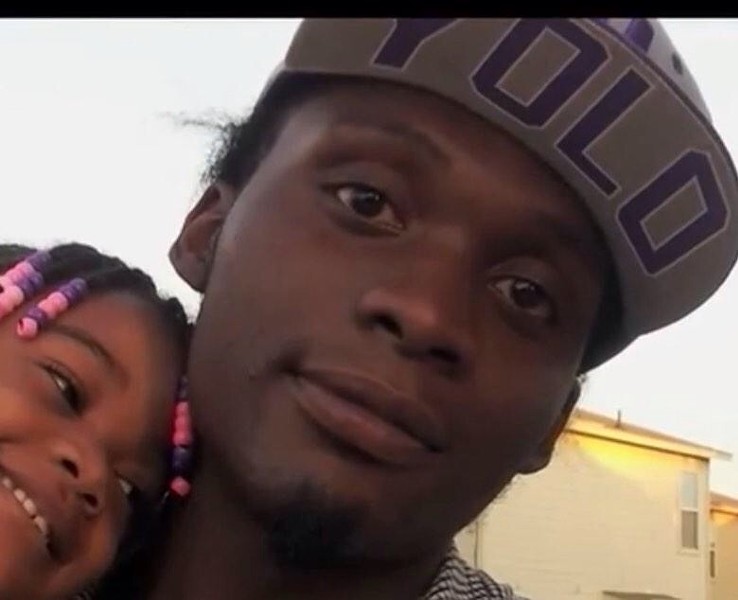 On Thursday, a jury weighing the wrongful death claim filed by the surviving family of Marquise Jones ruled in favor of the City of San Antonio and the officer who shot and killed Jones the morning of February 28, 2014.

Robert Encina was working an off-duty security job at the Chacho's restaurant on Perrin Beitel Road that morning when he encountered a drunk driver in the restaurant's drive-thru lane. Encina told fellow San Antonio Police Department officers investigating the scene that morning that Jones jumped out of the passenger seat holding a silver or chrome revolver in his hand. In a statement he gave investigators, Encina said he fired eight bullets at Jones after he "looked over his shoulder at me" while running away. A single bullet hit Jones in the back, perforating a lung and lacerating the right atrium of his heart before lodging somewhere in his chest.

Lawyers for Jones' family have been poking holes in that story ever since. While a Chacho's manager told police that morning that he saw Jones with what "looked like a handgun," five other eyewitnesses signed statements that morning saying they either didn't see a gun or that Jones did not have one. James Brantley, who says his car was parked right next to the one Jones ran from, testified at trial that Jones didn't have a gun when he was shot. Brantley says Encina even ran up to him right after the shooting, repeatedly saying, "You seen a gun right?" — he hadn't.

Not only did police never take a statement from Brantley (who others confirmed seeing that morning), he testified on the stand that police even asked him to back his car out of the crime scene before telling him he could go. He was so close, he testified, that officers had to help him maneuver the vehicle around bullet casings. (As we've previously written, Brantley also claims some other very shady stuff happened to him after he came forward with his story last year.)

It's rare for such officer-involved shooting cases to even make it to trial, and even rarer that the plaintiffs succeed. But the fact that the courts allowed the Jones case to move forward at all is even more striking because of what the plaintiffs were alleging: a coverup.

It was SAPD's own investigation into the shooting that allowed for the allegations to take root — creating, as one federal magistrate put it, "a genuine factual dispute regarding whether Jones had a gun and whether he made any threatening gestures to justify the use of deadly force." Throughout the case, Daryl Washington, the attorney representing the Jones family, pointed to a so-called “prosecution guide” SAPD gave the Bexar County District Attorney’s Office after its own investigation into the shooting, which Washington says conveniently glossed over evidence or information that would have challenged Encina's narrative of the shooting. Jerry Staton, a police expert hired by Washington to review SAPD's investigation, told the jury in federal court last week that, more likely than not, multiple SAPD officers “tried to conceal evidence in this investigation that would have contradicted Encina’s version of events.” In court, Staton said he was genuinely troubled by the conclusion, adding, “It’s why I couldn’t sleep last night.”

Meanwhile, lawyers for the city and Encina have pointed to a gun found some 25 feet away from where Jones collapsed dead on the pavement — which, like most things in the Jones case, has its own cloudy history. Police say Jones must have thrown the gun while he was dying. Yet for years officials said they hadn't tested the gun for fingerprints or any DNA evidence — therefore, according to investigators who testified in court depositions, police could never tie the gun to Jones.

The case got even curious-er when the city began to reveal even more information about that gun on the eve of trial. A week before lawyers started jury selection on the case, San Antonio City Manager Sheryl Sculley announced, out of the blue, that the gun actually had been tested for fingerprints — in January 2016, nearly two years after the shooting — and that no prints were recovered. And then, sometime during trial, the defense revealed that the gun had also been tested for DNA years after the fact, again with no luck.

On the stand, SAPD Chief William McManus had no answer when asked why the tests were ordered so late. When asked about whether procedures exist for evidence involved in city litigation, he responded, "I suppose that would probably be a good idea, yeah." After three years of the city insisting there was nothing wrong with its investigation or handling of evidence in the case, Sculley tapped an outside law firm to conduct a review "out of an abundance of caution." No telling yet when that might be done.

Sculley issued a prepared statement on the case after the verdict came down Thursday clearing the city and officer. "While we agree with the jury’s verdict, we fully recognize that there is never any victory in a fatal shooting," she said. "Our condolences continue to be extended to the family of Marquise Jones on the loss of a loved one."

While lawyers for Encina argued he genuinely feared for his life when he shot and killed Jones (which is about all officers really have to argue as a defense in such cases), city attorneys dismissed any allegations of a coverup as nonsense. Jones' attorneys implied the gun had been planted, pointing, for instance, to a photo of the drive-thru scene that morning where the weapon doesn't seem to be there. In closing arguments Wednesday, assistant city attorney Deborah Klein questioned why someone would plant a gun 25 feet away from Jones instead of right near him if that was the intent. She acknowledged that SAPD "might not have done the perfect investigation," but said the coverup theory "doesn't make any sense."

Crappy investigation or crappy coverup — those are apparently the options. How confidence inspiring.