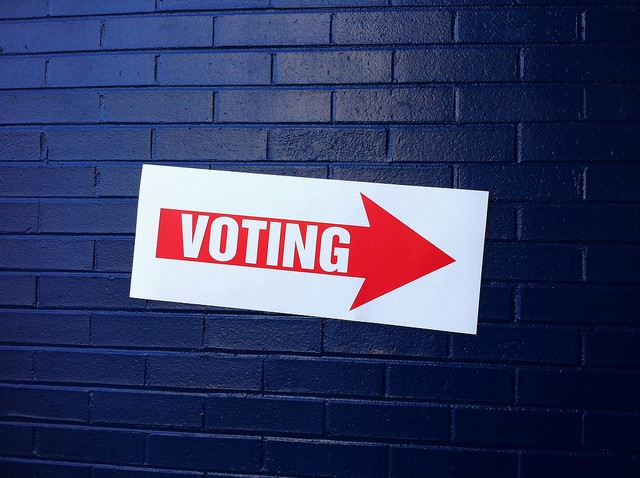 At the heart of the legal case still winding through the courts over Texas' strict voter ID law is whether lawmakers knew they were passing a bill that would disproportionately disenfranchise black and Hispanic voters. And on Monday, a federal judge in Texas again ruled that, yes, Texas lawmakers deliberately passed a racist law — the judge's second such ruling in the case.

Even the country's most conservative federal appeals court has already concluded that the Texas Legislature's crackdown on the imaginary scourge of voter fraud disproportionately targeted minority voters who were less likely to have one of the seven forms of state-approved photo ID mandated by the 2011 law. While the Fifth Circuit appeals court last year ruled that Texas' law violated the U.S. Voting Rights Act (a decision the Supremes let stand by refusing to take the case), more tricky has been that question of whether state conservatives intentionally rammed a discriminatory law through the legislature.

As we've written before, how that question is ultimately answered by the courts could trigger some very real consequences for the Lone Star State. Prior to 2013, the year the U.S. Supreme Court gutted a key provision of the Voting Rights Act, states with a "history of discrimination" (like Texas and basically the entire south) were required to obtain federal approval before tweaking their states' voting or elections laws. If the courts decide that Texas lawmakers passed the law because it was racist, then the state could again be subjected to federal pre-clearance for any future voting or elections changes.

And it seems at least one federal district court judge is not changing her mind on the matter. In 2014, Nelva Ramos, the federal judge in Corpus Christi who heard the trial on the voter ID lawsuit, ruled that Texas' so-called "legislative intent" was indeed one rooted in discrimination. The Fifth Circuit basically punted on the matter last year, ruling that Ramos should have applied a more narrow standard and kicking the case back into her court.

Even applying that stricter standard, Ramos in her ruling on Monday comes to the same conclusion she did more than two years ago — that Texas lawmakers intentionally discriminated against black and brown voters in 2011 when they passed Senate Bill 14, what was then perhaps the strictest voter ID regime in the nation. In Monday's ruling, Ramos echoes much of what she said in her initial ruling on the case back in 2014, saying that even applying the Fifth Circuit's tougher standard, it's still clear lawmakers did nothing to blunt the obvious racial impact of the law before they passed it.

"For instance, amendments were proposed to allow additional types of photo identification, a more liberal policy on expired documents, easier voter registration procedures, reduced costs for obtaining necessary ID, and more voter education regarding the requirements," Ramos wrote. At the same time, she said, "there was no substance to the justifications offered for the draconian terms" of the law. Meanwhile, state conservatives used "extraordinary procedural tactics" to rush the bill through the legislature as quickly as possible.

"Proponents touted SB 14 as a remedy for voter fraud, consistent with efforts of other states," Judge Ramos wrote in Monday's order. "As previously demonstrated, the evidence shows a tenuous relationship between those rationales and the actual terms of the bill." For instance, Ramos' ruling highlights the fact that there were only two documented cases of in-person voter fraud out of the 20 million votes cast in Texas in the decade leading up to SB 14's passage.

Considering her previous ruling in the case, Ramos' decision handed down Monday doesn't exactly come as a surprise. As the Texas Tribune reports, lawyers with Texas Attorney General Ken Paxton's told a House Committee on Monday that they believed the higher courts would overturn any adverse ruling by Ramos — meaning it's almost certain the state will appeal Ramos' ruling. If (or more likely when) that happens, Texas won't have pressure from the feds to worry about anymore. As we've written before, the Justice Department under President Trump is apparently no longer concerned with such small matters as state voting laws deliberately skewed to harm black and brown people.