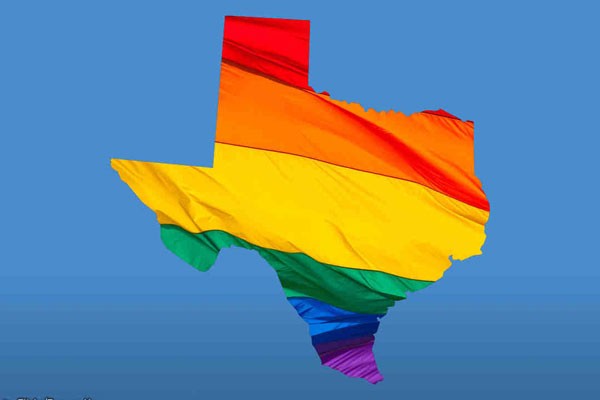 A recently released study by the Williams Institute finds that Texas laws and social climate contribute to an environment where LGBT adults experience stigma and discrimination in employment and other aspects of their life. Affected too are LGBT youth who are bullied in schools and rejected by their families.

The study, The Impact of Stigma and Discrimination Against LGBT People in Texas, provides data and research which documents the prevalence of discrimination against the state’s estimated 770,000 LGBT adults and 158,000 LGBT youth.

The study’s release comes at a time when the Texas Legislature is considering a number of anti-LGBT bills including an anti-trans bathroom bill and legislation which would give businesses the right to refuse service to LGBT people based on the religious beliefs of the business owner.

“State laws in Texas do not protect LGBT people from discrimination based on their sexual orientation or gender identity, and local ordinances protect less than one-fifth of Texas’s residents from such discrimination,” Christy Mallory, state and local policy director at the Williams Institute and co-author of the report, said in a press release.

“Additionally, Texas ranks in the bottom quarter of states in terms of social support for LGBT people, although support is increasing over time,” Mallory said.

According to the study, Texas ranks 39th in the nation in acceptance of its LGBT citizens and the widespread discrimination they experience has a negative effect on individuals, businesses and the economy.

Key findings of the study document the prevalence of anti-LGBT discrimination:

http://outinsa.com/study-examines-impact-discrimination-lgbt-texans/#.WQiofaDgDrc.facebook The cumulative effect of the state’s anti-LGBT environment has consequences. The report concludes: “Such experiences have a negative impact on LGBT individuals in terms of health and economic stability, which in turn have economic consequences for the state. If Texas were to take steps toward a more supportive legal landscape and social climate, the state’s economy would likely benefit.”