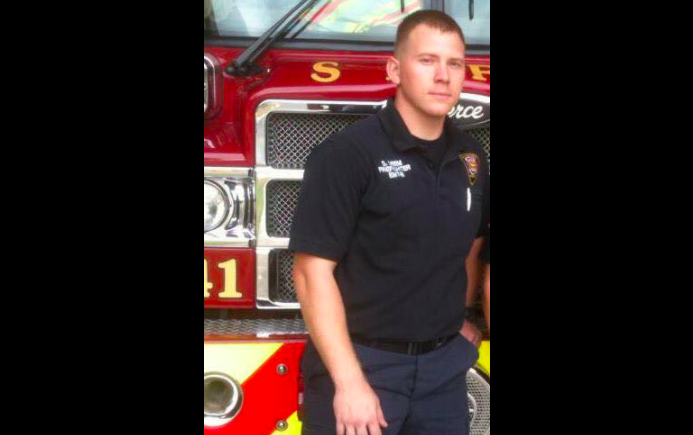 A massive, 4-alarm fire at a Northwest Side shopping center left one San Antonio firefighter dead and two injured late Thursday night. Scott Deem, one of nearly 100 firefighters called out to the scene, was reportedly trapped inside the Ingram Square shopping complex when part of the blazing structure collapsed.

"We had to make a rough decision to leave a firefighter behind," San Antonio Fire Department Chief Charles Hood told reporters, shortly after midnight. "But we had the risk of losing an additional 15 to 20 firefighters if we did not go defense on this fire."

Two other firefighters were sent to the hospital with injuries, but Hood said they were expected to be fine.

"We have firefighters that fought desperately tonight to try to save their friend's life," Hood said.

Deem is the first San Antonio firefighter to die in the line of duty since 1997.