Councilman Warrick Passed Out On Bench Outside City Hall, Says He was "Drugged" 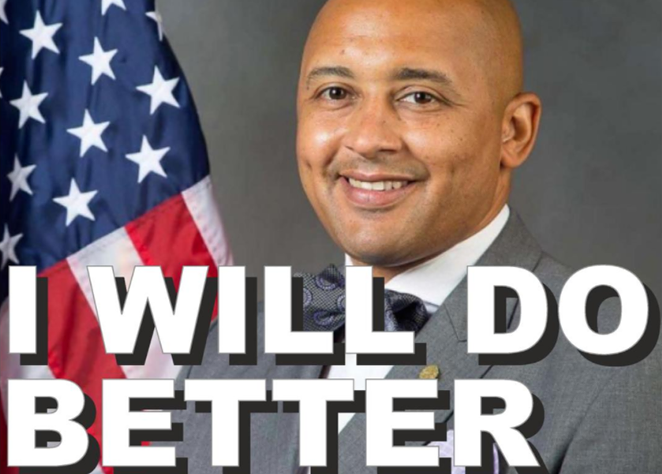 Update 5/28/17: Never mind the whole "drugged" thing. Warrick now has a new explanation for why he wound up passed out on a park bench outside City Hall. Per his Facebook page:


I first want to apologize to my wife, the people of District 2, the people of San Antonio, Justin Vitek and the On The Rocks Pub for all the confusion. I have spoken to the bar owner and he has reviewed the videos and it seems like I just had too much to drink.

I was celebrating a friend's birthday and don't remember any of the night after midnight.

I have never had this type of memory lapse with alcohol use which is why I thought I must have been drugged.

I do not know how I ended up at City Hall but I do know I was not driving and have learned that lesson from my College days.

I take full responsibility for my actions and have not stopped doing the necessary work for District 2. And I will never let this happen again.
I thank all of you for your words of support and encouragement and will continue to work tirelessly to reflect the wishes of the people of District 2.

I also want to apologize to Mr. Shaw. I am sure this distraction was unnecessary to his campaign and I look forward to finishing this and pulling the District together on June 10th.

I have already done interviews with KSAT 12 and News 4 San Antonio stating these facts.

San Antonio city councilman Alan Warrick had a public service announcement to make on Friday: Watch your drink, or else someone could slip you something and you might wind up like him, passed out on a park bench outside City Hall.

That was Warrick's explanation for why, as he put it, "I woke up at City Hall with no recollection of what happened" early Friday morning after a night of drinking at a downtown bar. Warrick, who's fighting to keep his District 2 council seat in a June 10 runoff election against attorney William "Cruz" Shaw, posted about the incident on his Facebook page Friday, right around the time the Express-News broke the story. Warrick told the paper he thought politics was to blame for the drugging, telling reporter Josh Baugh:


"[T]he timing and the location, out of a thousand places to sleep downtown that wouldn’t have caused any (publicity) — there was no reason for me to go to City Hall. My vehicle wasn’t at City Hall. It just doesn’t make any sense.”


Drugging a city councilman five days before early voting starts — sounds like a pretty serious crime, one you'd think Warrick would probably want the police to look into. However, Warrick says he didn't go to the doctor or seek any testing to confirm that he was, in fact, drugged. In his Facebook post, he says that's because he had to attend the funeral services of a San Antonio firefighter who died last week.

As the E-N reports, Warrick has in the past twice pleaded guilty to drunk driving, in one case fleeing the scene of a crash. Shaw, his opponent, has urged the councilman to withdraw from the race and get help.

Warrick, meanwhile, is trying to turn his fuzzy night into warning for others, posting a website on his Facebook page Friday about how to protect yourself against date rape drugs.