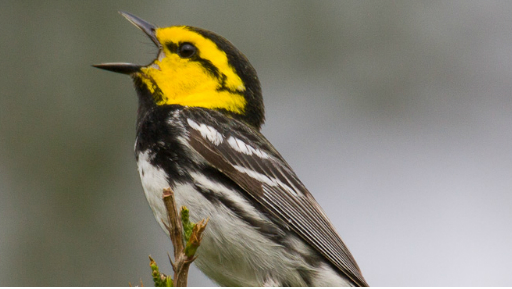 The Texas General Land Office and Texas Public Policy Foundation, a conservative think tank, are suing the federal government to take the golden- cheeked warbler off the endangered species list.

Their lawsuit, filed on Monday, argues that the golden-cheeked warbler isn't really endangered and that the United States Fish and Wildlife Service hasn't considered recent scientific evidence that would prove it. The area in dispute is 35 central Texas counties, including the ones surrounding San Antonio and Austin, where landowners are required to protect the bird's habitat.

In the joint lawsuit, the GLO states that its own revenue has plummeted from the presence of warblers on agency land. Removing the warbler from the endangered list would increase their market value, and allow the GLO to avoid "time consuming and costly requirements" made by the U.S. Fish and Wildlife Service.

But a recent ad produced by TPPF doesn't focus on the fact that the GLO wants to see a return on its investment. Instead, the two-minute video, set to swelling orchestral music, focuses on a Texan patriarch working his idyllic land amid sweet birdsong, while a young boy traces his footsteps and dons his own cowboy hat.

Land Commissioner George P. Bush speaks over the video, and brings to life what you might think is the GLO's reasoning for suing the federal government. The American dream, he says, "is about being left alone and living a life that is independent of others." Later he says that for many, this elusive, Stenson-studded dream is achieved through owning land— implying that at the heart of the Golden-Cheeked issue are private landowners who are in economic distress.

In an interview with Express-News Iliana Peña, conservation director for Audubon Texas, called the video ironic and “misleading."

The video has been removed from TPPF's YouTube channel.