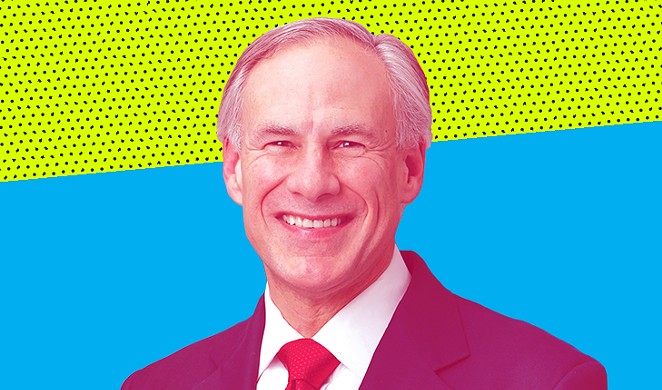 On Thursday, Gov. Greg Abbott vetoed 50 bills that were slated to go into law after the 85th session of the Texas Legislature. As is tradition, Abbott explained his position on each slain bill, made available on the Legislative Reference Library website here. A few issues named in the bucket of vetoes are suppose to be addressed in the upcoming special session, but most fell to the wayside completely. Here's the quick rundown of notable vetoes:

Pushed by freedom of information advocates, HB 2783 would have required the government to repay legal costs if they refused to release public information until the last moment. Abbott said that the bill would have encouraged hasty lawsuits and threatened taxpayers with attorneys' fees.

“It’s so unfortunate that an anti-transparency attitude took hold at the Texas Capitol this year, resulting in the death of multiple open government bills,” Kelley Shannon, executive director of the Freedom of Information Foundation of Texas, recently told Express-News.

SB 790 would have kept the advisory group that makes recommendations to the state on women's health services. Abbott reasoned that because the committee successfully jumpstarted the Healthy Texas Women's Program, it no longer needed to be around. Although "success" might be a stretch, as that program is serving 44,000 fewer low-income women since it booted Planned Parenthood as a provider.

Abbott has asked the legislature to tackle more women's health issues during the July special session, starting with a task force on maternal mortality and morbidity that would to run until 2023.

Abbott has promised to address the "serious issue" of "mail-in ballot fraud" in the upcoming special session. Which is in part why he vetoed HB 2410, which would have allowed for mail-in-ballot-only elections in small counties under specific conditions. Even that, Abbott said, would have endangered "the integrity of our electoral process."

Abbott brandished the veto ax and cut down Senate Bill 744, which would have put in place minor regulations on some municipal tree ordinances. Abbott has called the bill an "assault on private property rights." A story by myStatesman revealed that his strong opposition to such laws sprung from a run-in with the city of Austin, which mandated he preserve a certain pecan tree on his central Austin home. Abbott eventually violated city code and chopped down the heritage tree anyway.

Finally, SB 1912 would have set up public defender officers for people with mental illness. Abbott's reason for striking it down? It was "too expansive."