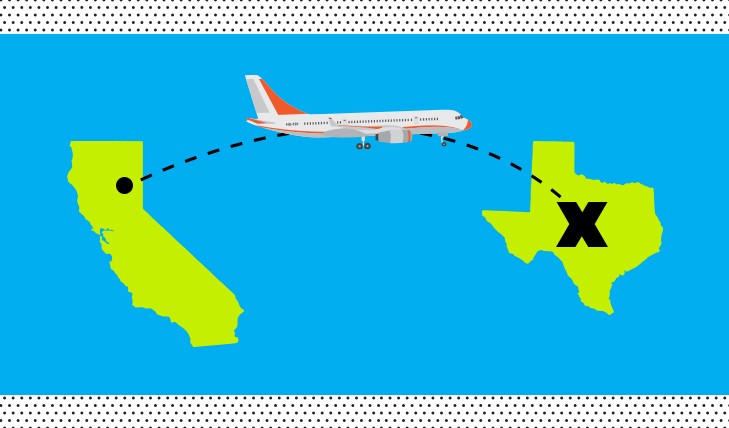 The California attorney general announced on Thursday that the state would no longer allow state-funded or state-sponsored travel to Texas due to its discriminatory legislation.

California Attorney General Xavier Becerra credited his decision to Texas House Bill 3859, which allows faith-based adoption agencies to deny placement of foster children based on "sincerely held religious beliefs." This means that a faith-based adoption agency could potentially disqualify LGBTQ parents or those of other religious denominations. Texas Gov. Greg Abbott signed the bill into law on June 15.

The ban on California's state-funded travel applies to all state agencies and boards along with state universities, like the University of California and California State University systems.

Becerra said in a press release that discrimination in any part of the United States sets the entire nation back. "That's why when California said we would not tolerate discrimination against LGBTQ members of our community, we meant it," Becerra said.

Along with Texas, Becerra added Alabama, Kentucky and South Dakota to the list of travel-restricted states. He was able to enact this legislation through California's AB 1887, which does not allow state-sponsored travel to "states that authorize or require discrimination on the basis of sexual orientation, gender identity or gender expression or against same-sex couples or their families."

According to The Texas Tribune, the travel restrictions on California universities may have the most consequential affect on the state. University faculty often travel to Texas for conferences, and several college sports teams play in the state.

San Antonio is often listed as one of the top cities in the nation to hold conferences and it's set to host the men's college basketball Final Four game in 2018. According to The Texas Tribune, it's currently unclear the extent to which the state-funded travel ban could affect San Antonio and the rest of the state. But the Los Angeles Times reported in February that the University of California at Los Angeles's football team did not intend to, "schedule any further visits to banned states."

The Texas Freedom Network, a grassroots organization of religious and community leaders, stated in a press release that San Antonio, along with other large cities in Texas, is already feeling the economic effect of some of its anti-LGBT legislation. They pointed to an incident in March when three groups decided to not hold a convention in San Antonio because of a Texas anti-LGBTQ bills, namely the so-called bathroom bill. According to the Express–News, San Antonio lost $3 million because of the decision. Texas Freedom Network President Kathy Miller said that the economic damage of some of the state's legislation is becoming clearer.

"What should be increasingly clear even to the governor and lieutenant governor is that their obsession with writing discrimination into law risks turning Texas into a state that people and companies simply don’t want to visit or do business in,” Miller said in a press release.

The Executive Director of Equality California Rick Zbur applauded the attorney general for his decision. "As some state legislatures around the country choose to target and harm LGBTQ people and their families, it is imperative that California continue to denounce those actions publicly and financially," Zbur said in a press release.