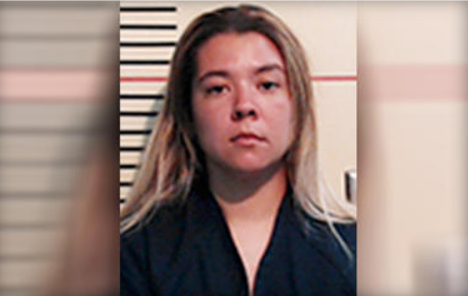 Parker County sheriffs arrested Weatherford resident Cynthia Marie Randolph, 25, this past Friday for the deaths of her two-year-old daughter and 16-month-old son after leaving them in car for several hours on May 26.

According to investigators, when the two children refused to get out of the vehicle, Randolph decided to teach them a "lesson" by closing the door and leaving them alone in the car. CNN reports that Randolph then went inside, smoked marijuana and fell asleep for two to three hours. Police were alerted about the incident around 4 p.m. and both children were pronounced dead from extreme heat exposure half an hour later.

During the initial report, Randolph told investigators that she was folding laundry and watching television while her children played in an enclosed back porch. According to release from the sheriff's department, Randolph stated that 20-30 minutes had passed when she noticed her children were missing and proceeded to search for them for 30-40 minutes before finding the toddlers inside of the vehicle. When the children wouldn't respond, Randolph claimed that she broke a window to the car in attempt to save them.

However, officials say that during multiple interviews, Randolph gave several versions of her story and eventually admitted to breaking a car window to make the incident look like an accident.

Randolph faces two felony charges of injury to a child.