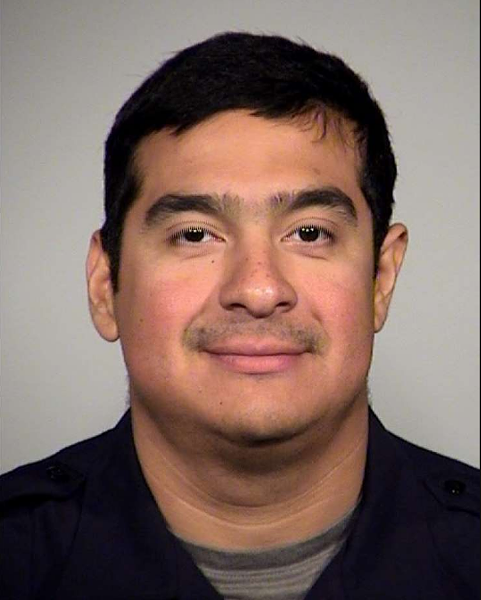 San Antonio Police Officer Julio Cavazos was released from the hospital Tuesday, after he was injured in a shooting last week that left both his partner, Officer Miguel Moreno, and gunman Andrew Bice dead.

According to SAPD, Cavazos was treated at the San Antonio military Medical Center for wounds to his chin and chest. On Monday his condition had improved to "good."

"We are happy to report that Officer Julio Cavazos has been released from the hospital," Sgt. Jesse Salame, a spokesman for the San Antonio Police Department, told the Express-News Tuesday evening.

Bexar County Police records show that Bice was a convicted criminal, dating back to 2003, when he served time in jail for assault, and in 2005, when he was found guilty of evading arrest.

The shoot-out occurred June 29 during a routine patrol near San Antonio Community College, Chief William McManus told reporters last week. Officers Cavazos and Moreno had spotted a car that appeared to be burglarized. As they approached the vehicle, Bice jumped out and opened fire. Moreno was hit and dropped to the ground. Cavazos, also hit, dragged Moreno out of the the line of fire, and then aimed shots at the fleeing gunman. Bice was struck in the buttocks and limped his way to the corner of Evergreen and Howard streets, where he then shot himself in the head. He died later at University Hospital, MySA reported.

Another man, William Lawson, accompanied Bice near the scene of the crime, and was originally identified as a suspect in the case. But McManus said that he had no connection to the incident, Express-News reported. Lawson was arrested on Saturday for unrelated charges of firearm and heroin possessions.

A funeral for fallen Officer Moreno will be held Friday at Community Bible Church.