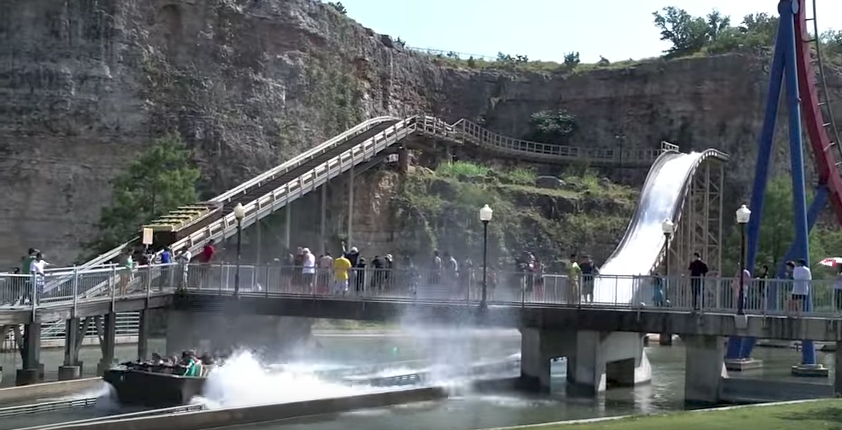 The Six Flags Fiesta Texas ride "Power Surge," a San Antonio favorite, will be making its final splash on July 23. The ride has been a Fiesta staple since its opening in 1992, according to the Express–News.

The thrilling boat ride is known for its last drop, a steep 50-foot plunge and its subsequent splash. San Antonians are known to stand on the pedestrian bridge waiting for the nearly 20-foot wave to cool them down.

After 25 years, the park's officials say that it was time to retire the Fiesta favorite. The Express–News is reporting that park officials did not say the specific reason behind retiring the ride, but that it is not due to safety issues.

Although park officials have not yet released what attraction will pop up in the ride's absence, they've been working on a series of other games and rides for the park, including a three-story Thunder Rapids rocket blast water coaster and the "Drop of Doom VR" experience.