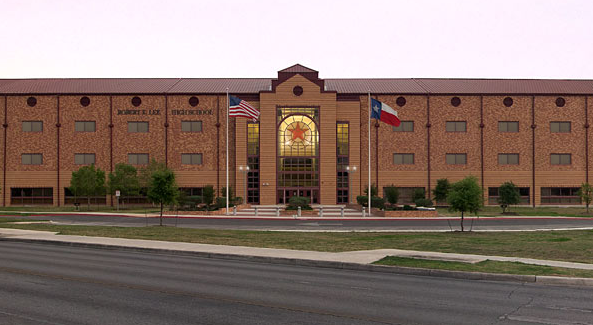 Kevin Sanchez is a lifelong socialist and Robert E. Lee High School alum who writes political columns for the Current.


The planned removal of a statue of a certain Confederate general served as a rallying cry for white nationalists and neo-Nazis in Charlottesville less than two weeks ago - the subsequent violence leaving dozens injured and one counter-protester dead in the street.

Lingering reminiscences of the "Lost Cause of Confederacy" are collapsing from exhaustion in the hottest summer on record. Even in our blue-ing city, where the fate of another controversial Confederate monument awaits a vote, that same general finds himself on the business end of a student-led petition to rename my alma mater, Robert E. Lee High School. It’s received over 3,000 signatories, echoing identical efforts from schools in Tyler and Dallas to Staunton, Virginia.

There's no better time to show solidarity to the casualties of domestic terrorism and to rethink what's worth honoring in our heritage. The likeness of General Lee belongs in museums and textbooks, not in parks or on letter jackets, and we've little hope of putting the legacy of racial animus behind us if we continue to offer lame excuses for dog-whistle demagoguery. We all ought to know by now what mob this red meat is being thrown to.

After the Charleston church massacre two years ago, the North East Independent School District Board of Trustees rejected a motion to rename Lee in response to a 12,000-strong petition circulated by then-student Kayla Wilson. In the months of debate before the vote, Express-News columnist Gilbert Garcia expressed the same concern as President Trump in an instantly infamous series of press conferences/tweets: ‘Who’s next, Thomas Jefferson?' But remembering the less than savory chapters of our history doesn't require celebrating a treasonous rebellion explicitly waged to expand slavery. Oddly, Garcia supported lowering Confederate war flags from Capitol buildings because, he wrote, "defiant white segregationists adopted the flag in the 1960s as a symbolic thumb in the eye to civil-rights activists."

Well, what societal change was symbolically targeted by opening a school in 1958 to memorialize the postwar icon of the Confederacy? Who can pretend this was an innocent preservation of Southern culture, wholly oblivious to the then-a'changin’ times? Only four years prior, the Supreme Court had desegregated public education to widespread resentment. And, tragically, much of that hard-won progress over integration has been reversed in recent decades: according to a May report by the Civil Rights Project at UCLA, "The typical black student in the South today goes to a school that is about 27% white."

Though weightier issues like voter suppression and mass incarceration require our attention, please put yourself in the place of that typical black student, and imagine walking into a school named after someone who fought to keep your ancestors in chains - even ordering the brutal beatings of his slaves. Perhaps a time existed when alt-weeklies could fret over the machinations of the alt-right while the mainstream laughed idly, but the current administration has elevated the vilest among us to electoral significance. There’s no ‘many sides’ about it; at present, only adamant anti-racism will do.

To the history buffs, renaming Lee after Reverend George W. Lee - a martyr to the campaign to register African-Americans to vote in 1955 Jim Crow Mississippi - would help educate students and the broader community about those heroes we too often neglect.

Heather Heyer, the young woman murdered by a white supremacist on August 12, represented America far better than this equivocating president or some equestrian monument. Let's endeavor to display a fraction of such moral courage and follow her lead.

The next NEISD board meeting is on Sept. 11.