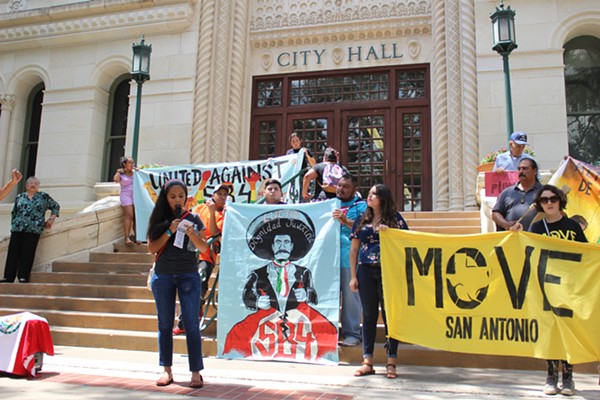 President Donald Trump announced on Tuesday he would be ending DACA, the program that has allowed approximately 800,000 undocumented immigrants, commonly referred to as “dreamers,” to live, work and study in the United States after being brought here as children.

DACA, short for Deferred Action for Childhood Arrivals, was an executive order issued by President Barack Obama in 2012. Although DACA did not guarantee a path to citizenship, it provided an opportunity for qualifying individuals to live in the United States, obtain driver’s licenses and social security numbers, while not having to worry about living in the shadows because of their immigration status.

To qualify for DACA, undocumented immigrants needed to have arrived in the United States prior to their sixteenth birthday; be under 31 years old at the time DACA was implemented; have lived in the U.S. for at least five years; have a high school diploma, currently be enrolled in school, or actively serve or have been honorably discharged from the military; and have not been convicted of a felony, significant misdemeanor, or three or more other misdemeanors.

Prior to Trump releasing his statement, Attorney General Jeff Sessions made the official announcement during a press briefing on Tuesday morning.

“To have a lawful system of immigration that serves the national interest, we cannot admit everyone who would like to come here,” Sessions said. “It’s just that simple.”

Sessions criticized DACA, calling it “unilateral executive amnesty,” and saying it “contributed to a surge of minors at the southern border that yielded terrible humanitarian consequences.”

“It also denied jobs to hundreds of thousands of Americans by allowing those same illegal aliens to take those jobs,” Sessions said.

Trump signaled to Congress that although he was rescinding the program in its current form, it would be up to lawmakers to come up with a different solution if they hoped to keep similar protections for “dreamers” in place.

“I am not going to cut DACA off, but rather provide a window of opportunity for Congress to finally act,” Trump said. On Tuesday morning, prior to the announcement, Trump hinted at his upcoming move when he tweeted “Congress, get ready to do your job - DACA!”

Although it remains to be seen whether Congress will be able to reach a different solution regarding DACA, any hope of salvaging protections for “dreamers” is now up to them.

“It’s my hope the House and the Senate, with the president’s leadership, will be able to find consensus on a permanent legislative solution that includes ensuring that those who have done nothing wrong can still contribute as a valued part of this great country,” House Speaker Paul Ryan said in a statement.

Texas has the second highest population of DACA recipients in the country with 124,300 DACA recipients in Texas, second only to California, which has 222,795 DACA recipients. Mexicans have made up 78% of approved DACA applications since the program started in 2012, according to Pew Research Center.

State Representative Diego Bernal, who represents House District 123 in San Antonio, issued a statement in response to Trump’s decision, saying “Ripping [“dreamers”] away from their homes and families would be wrong, cold and without redemption. It is cruel and unconscionable to target the innocent and banish them to a foreign land- not to mention, widely un-American.”

When asked if he supported the continuation of the program, Governor Greg Abbott declined to answer yes or no or go into detail about what DACA recipients in Texas should expect, saying “Listen, these are issues for the federal government, for Congress.”