Smuggling Survivors Dismissed as Witnesses, Turned Over to Immigration Authorities 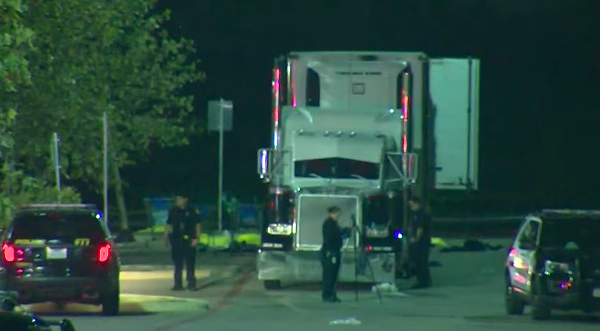 Survivors of the tragic smuggling incident in southwest San Antonio, in which 10 undocumented immigrants were found dead in a trailer parked in a Walmart parking lot, will no longer testify against the man who was driving the trailer, according to officials.

“I can only assume that the government reached some type of agreement with Bradley, so they no longer needed the witnesses,” Mike McCrum, the attorney who was representing the witnesses, told the Current.

Two days prior to the scheduled depositions of 22 people who were in the trailer, U.S. Magistrate Judge Elizabeth S. Chestney signed off on a motion by the U.S. Attorney’s Office to dismiss the witnesses from the case.

Daryl Fields, a spokesperson for the U.S. Attorney’s Office, declined to elaborate on the motion to dismiss the witnesses, saying they “do not comment on our prosecutorial decision-making process.”

These survivors have been unable to leave San Antonio since July 23, when San Antonio police found 38 people in the sweltering cargo trailer. By the time they were discovered by authorities, eight passengers had already died from severe heat exposure. Two more passengers died in the hospital later that day, and around 20 passengers were taken to local hospitals in “extremely severe” or critical condition.

Fields did not indicate that a plea deal had been reached with James Bradley Jr., the driver of the truck who was indicted on five criminal charges, including “conspiracy to transport aliens” for financial gain resulting in death, and possession of a firearm by a convicted felon. If convicted, Bradley could face the death penalty. A trial date for Bradley has yet to be scheduled.

Survivors of the failed smuggling attempt were held in a federal immigrant detention center in downtown San Antonio after the trailer was discovered— specifically because feds said it was necessary to hold them to make sure they stuck around to testify.

McCrum told the Current he was disturbed by several aspects of the dismissal of the witnesses. According to McCrum, he wasn’t forewarned that the witnesses would be dismissed, so he did not have the opportunity to talk to his clients in detention to explain the situation.

McCrum was also critical of the fact that none of the witnesses were released on bond while they waited to testify. “I think that’s particularly unfair considering what they went through,” McCrum said.

According to McCrum, the sole female witness among the survivors who were scheduled to testify has spent her time in detention “without anybody to socialize with,” while the rest of the survivors, all men, at least had each other while in detention.

Now that they are no longer required to testify, they will be “turned over to immigration authorities for processing,” according to Fields. The survivors could face deportation proceedings now that their fate is in the hand of immigration officials.

“These immigrants have cooperated with everything, some of which were in the hospital and were interviewed while in the hospital, and yet the government just tosses them around exactly like these smugglers they’re trying to prosecute toss them around,” McCrum said. “People forget these are people, not chess pieces.”