September 25, 2017 at 3:40 PM
comment
You've probably heard some buzz about the I-35 Rivalry between UTSA's and Texas State football teams. But, being Texas, we have a hard time keeping that rivalry to just football. 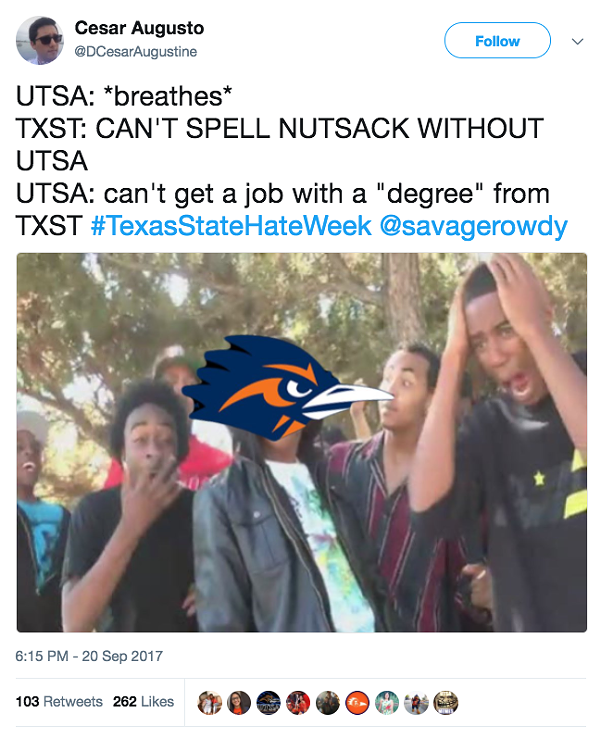 Students from the two universities were quick to start throwing punches at each other on social media, most notably on Twitter. They talked smack for days leading up to the showdown at Bobcat Stadium last Saturday, even referencing the Roadrunners catching a win during its last matchup in 2012 in hopes of strengthening what people call the "I-35 Rivalry."

Despite all the shit-talking from Texas State, UTSA spanked the Bobcats in a 44-14 win. Turns out the Roadrunners are just as ruthless on social media.

Keep on letting them know we hold it down in the 210.