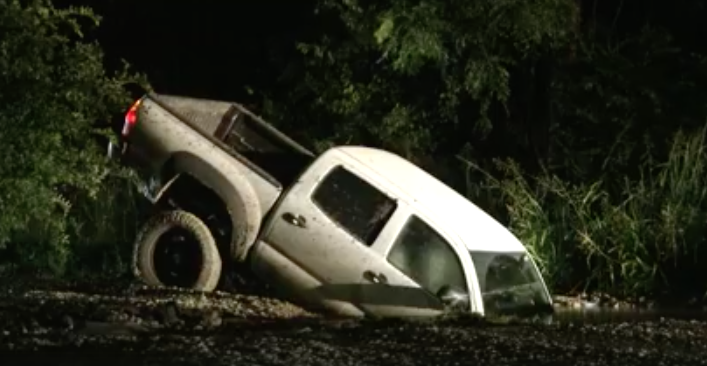 An off-duty police officer accidentally drove his truck into a sinkhole in Southeast San Antonio at 6 a.m, after a water main break caused the road by Southside Lions Park to erode and cave in.

The man, who was identified as an off-duty police officer by the San Antonio Express-News, managed to escape unscathed after driving straight into the hole. His truck, however, wasn’t as lucky – the entire front of it, up to his windshield, appeared to be submerged in a mess of mud, water, and road-turned-mush.

San Antonio Water System learned about the water main break on Hiawatha Street at 1 a.m., and crews had shut off the water and began working on the affected area by 1:20 a.m. The crews had set up cones around the area, which were still in place when the man drove into the hole, according to SAWS.

Last year, a Bexar County deputy died after the pavement on Quintana Road collapsed, creating a 20-foot deep sinkhole and pulling two cars down with it. The driver of the second car managed to escape.