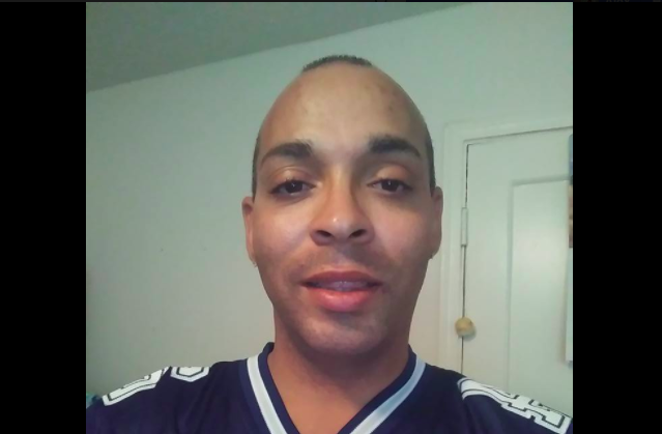 A 39-year-old man who frequents San Antonio lit up social media last night with a flurry of Facebook posts threatening to drive down the "strip" (referring to the N. Main Ave strip of LGBT clubs) and kill people.

Roderick Lamar Robinson, who goes by "Rod Lamar" on Facebook, wrote that he was high on "ice" (a nickname for meth) and had "guns loaded."

"No one is safe on the strip now," he wrote. Dozens of Facebook users reported his threats to the San Antonio Police Department.

Robinson, who is currently living in Oklahoma City, was arrested Tuesday evening by the Oklahoma City Police Department for a "terrorism hoax" and for a Bexar County active warrant for possessing less than 2 ounces of marijuana.

According to the SAPD report, Robinson will also be facing a new charge in Bexar County for "Terroristic Threats Government/Public."

Robinson's final post of Facebook is a hasty apology: "Nothing to worry about I'm so in love with the San Antonio strip I regret what I said ok."