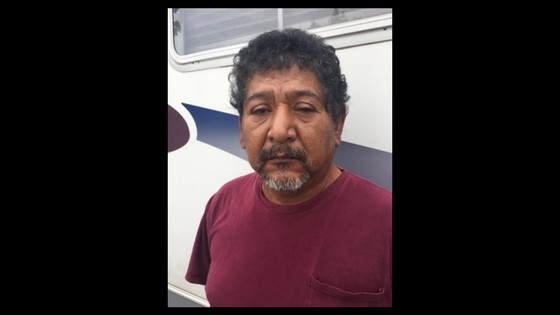 Six months after a 16-year-old foster girl was sent to live with Miguel Briseno and his wife, Debra, he anally raped her. Prior to the assault, the teenage girl would regularly join Briseno in the garage at their Von Ormy house, where he'd fix up old cars. "She wanted to learn," wrote Bexar County Detective Jesus Ochoa in a court document. The garage is where the initial rape took place — and where Briseno continued to rape his foster child over the next 3 1/2 years.

"She remembered that it hurt very much," Ochoa wrote. According to the victim, Briseno sexually assaulted her at least once a week for the years she was living under his care. He would never let her shower after.

On Wednesday, the Bexar County Sheriff's Office (in a joint operation with the Medina County Sheriff's Office and the Texas Rangers) arrested 58-year-old Briseno in Devine, Texas for sexually assaulting at least three different foster children under his care between 2005 and 2010. Law enforcement involved believe more children have been victimized by Briseno, since he's fostered up to 200 kids.

This isn't Briseno's first arrest for sexually assaulting a child. According to court records, Briseno served 6 months in jail in 2013 for soliciting to commit sexual assault of a child.

Another of Briseno's fostered victims said that when she was 15, he would offer her cigarettes and extra allowance in exchange for having sex with him. Most of the time, however, he would have sex with her without her consent. Once, when she refused to have sex with him while driving in a van, Briseno made her drive while he had sex with her foster sister in the van's backseat.

In both victim's testimony to Ochoa, one sentiment in particular stands out.
One of the girls told him she "was ... scared because this was her first foster home and didn't want to be removed to somewhere else." The other was "afraid to tell anyone while she was at the home in fear of being removed and placed in another foster home."

It seems living in this abusive environment was almost better than the idea of starting over in a new foster home.

Judging by state data, this should come as no surprise. Last October, leaked CPS reports showed that nearly 1,000 of Texas foster kids who are at “immediate risk of physical or sexual abuse” have been routinely denied their crucial in-person check-ins by social workers. CPS has yet to produce any evidence that this trend has changed.

In Detective Ochoa's warrant request, he asks the county judge to consider Briseno's threat to the citizens of Bexar County. During the course of his investigation, Ochoa writes, Briseno "called some of the victims telling them if they go forward [to report their rapes] his son will kill them."

Update, Oct. 17: Prior to this post, the Bexar County District Clerk's office confirmed that a Miguel Briseno charged with a 2000 child abuse crime was the same man charged in this case. However, on Oct. 17, District Clerk Donna McKinney retracted this statement. These are two different men. We deeply regret this error in such a delicate case.