City Christmas Tree Won't Be at Alamo Plaza This Year 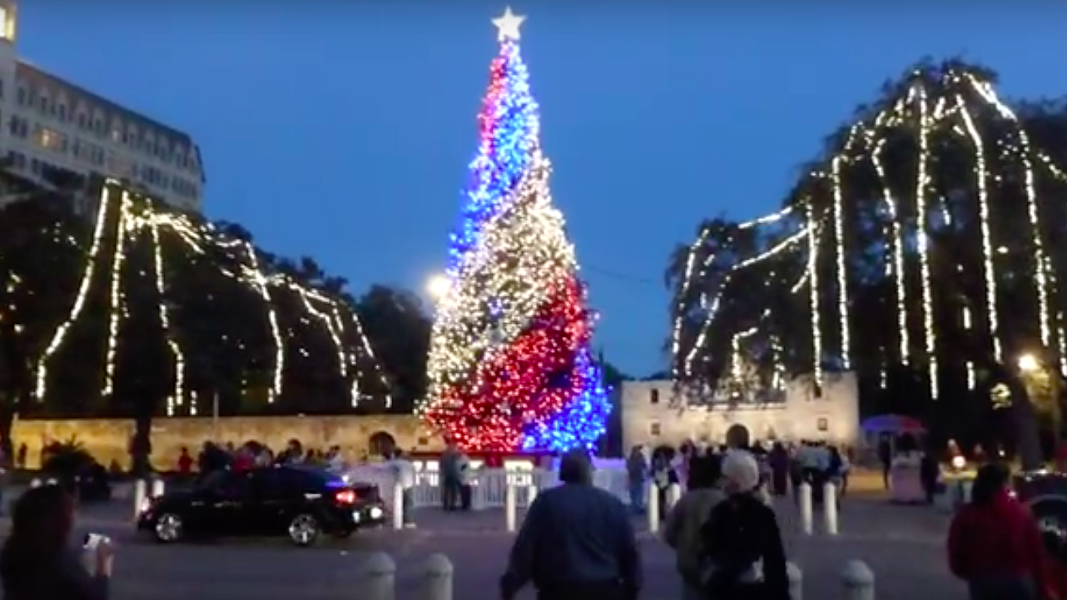 San Antonio's 33rd annual Christmas Tree lighting ceremony, hosted by HEB, will no longer be taking place in front of the Alamo. The festive, 55-foot tree will instead be set up at Travis Park — likely in the spot recently vacated by a Confederate soldier monument.

But we don't think HEB (or the city) wants you to remember that.

"This year, with so much holiday fun planned at Travis Park, the HEB Christmas tree will be the beautiful centerpiece that highlights the cheerful festivities.," said Dya Campos, HEB public affairs director, in a peppy press release.

It's the city's first step in trying to rebrand a park that became the centerpiece of heated debate this summer. After a clashing protest between those wanting to keep the Confederate statue in place and those hoping to remove it, tense testimony at City Council meetings, and a long-winded council vote, city contractors finally uprooted the monument on Sept. 1.

The tree lighting ceremony will likely be the first major public event held at the park since the monument's removal. Plus, it'll be the first year the tree won't occupy the plaza in front of the Alamo — a tradition that the pending Alamo overhaul plan has excluded.

The lighting ceremony will take place on Friday, Nov. 24.