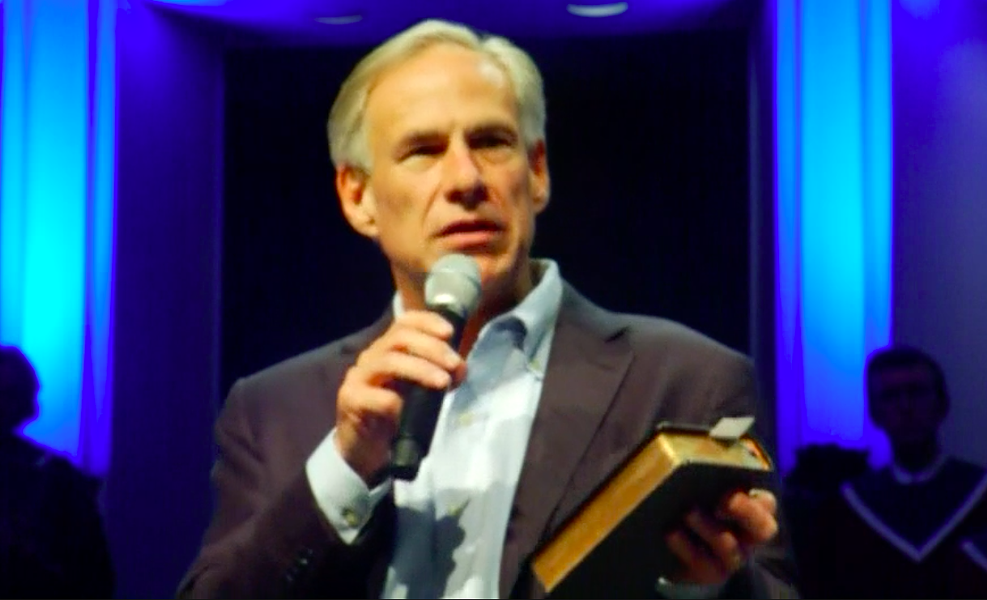 Gov. Greg Abbott violated the Constitution when he removed a display celebrating the separation of church and state from the Texas Capitol in December 2015, according to a Friday ruling by U.S. District Judge Sam Sparks.

The display in question mimicked a classic nativity scene, but instead of wise men, three of the country's founding fathers and the Statue of Liberty peered down at the Bill of Rights, tucked snugly into a manger. It had been set up by the Freedom From Religion Foundation, an atheist group focused on keeping religion out of politics — one of Texas Republican's favorite things to meddle with. Next to the display, a sign read: "Happy Winter Solstice. At this season of the Winter Solstice we honor reason and the Bill of Rights (adopted December 15, 1791). Keep state and church separate.”

This thoroughly pissed off the Roman Catholic governor.

"This juvenile parody violates the Preservation Board's regulations and should be removed immediately," Abbott said in a letter to John Sneed, then-executive director of the State Preservation Board (the group that approves displays from outside groups in the capitol). Abbott said that since the display did not promote a "public purpose," it had no place in the capitol building.

Within days, the display was removed. FFRF sued, arguing that Abbott had violated the group's First Amendment rights.

"If Governor Abbot['s] request to remove the exhibit was motivated by the exhibit's viewpoint, Governor Abbott violated FFRF's clearly established First Amendment right to be free from viewpoint discrimination in a limited public forum," wrote Sparks in his lengthy ruling.

He called Abbott's move "viewpoint discrimination," a clear case of Abbott using his power to censor a view he disagreed with.

This discrimination appears to be status quo at the capitol. From the yearly traditional nativity scene into Capitol rotunda or the giant statue of the Ten Commandments on the lawn outside, Abbott's workplace seems to prioritize only one religion — Christianity. Meanwhile, when Muslims were given a single day to speak with their representatives at the Capitol (during Ramadan), they were met with hateful protesters and threats from legislative leaders. Occasionally, the Governor allows a Menorah on the Capitol grounds.

"We'd rather keep divisive religious — and irreligious — views out of state capitols," FFRF Co-President Annie Laurie Gaylor said in a response to the ruling. "But if the government creates public forums, and permits Christian nativities in them, there must be room at the inn for the rest of us."

Abbott's office has yet to respond to Judge Spark's ruling.