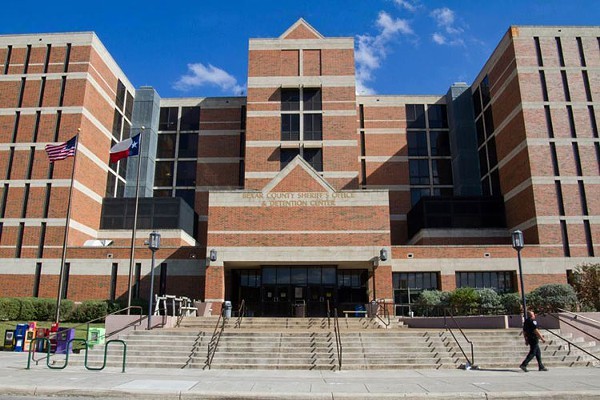 The inmate was identified as 27-year-old Anthony Luna, who was being held on a domestic violence charge.

A Bexar County deputy initially intervened when he found Luna after he had attempted to hang himself in a bathroom stall in the booking area of the jail. Luna was transported to Metropolitan Methodist Hospital, where he died at 5:15 p.m. on Saturday. The exact cause of his death has yet to be determined.

This is at least the second suicide in Bexar County Jail this year. Earlier this month, a 36-year-old inmate facing a murder charge was found dead in the jail from an apparent suicide.

Five inmates committed suicide in the Bexar County Jail in 2016 — including four who died within the span of a month. The Texas Commission on Jail Standards “didn’t find any issues” when they conducted a surprise inspection of the jail after the first suicides.