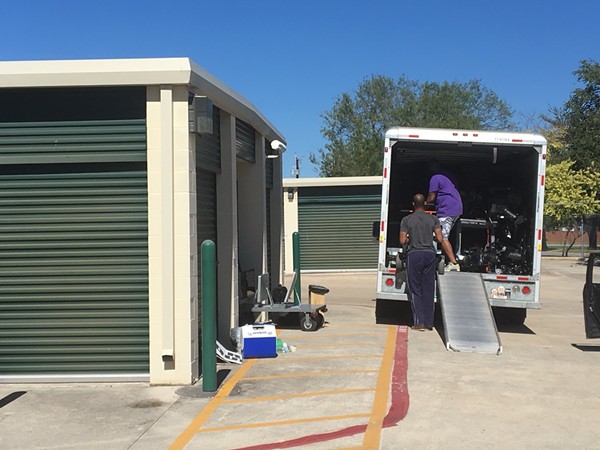 Texas Education Agency staff have finally recovered the tens of thousands of dollars in property stolen by the former board president of a shuttered San Antonio charter school network.

The items originally disappeared from San Antonio School for Inquiry and Creativity storage on August 3 — three days after the state closed the charter school for violating health department codes (by allegedly serving rotting meat in the school cafeteria), running schools in unapproved locations, and not properly running background checks on employees.

According to a San Antonio police report filed by TEA on August 14, former board president Denise Fritter recruited a young man (interested in community service hours for school credit) to help her move somewhere between $30,000 and $150,000 in state property from SASIC's administrative building on San Pedro Ave to an unknown destination.

On Wednesday, state officials gained access to Fritter's West Side storage unit on Potranco Road packed with these missing items through the assistance of her attorney, the Express-News reports. TEA staff loaded all items into a Houston-bound U-Haul, to be distributed to charter schools impacted by Hurricane Harvey.

“It’s an unusual situation where you have to go and retrieve your own property in order to share it with other charter schools in need,” Ron Rowell, TEA director of governance and investigations told the E-N. “That’s sort of unusual.”

According to the San Antonio Police Department, the theft is an ongoing investigation — no arrests have been made and no warrants have been issued at the time.