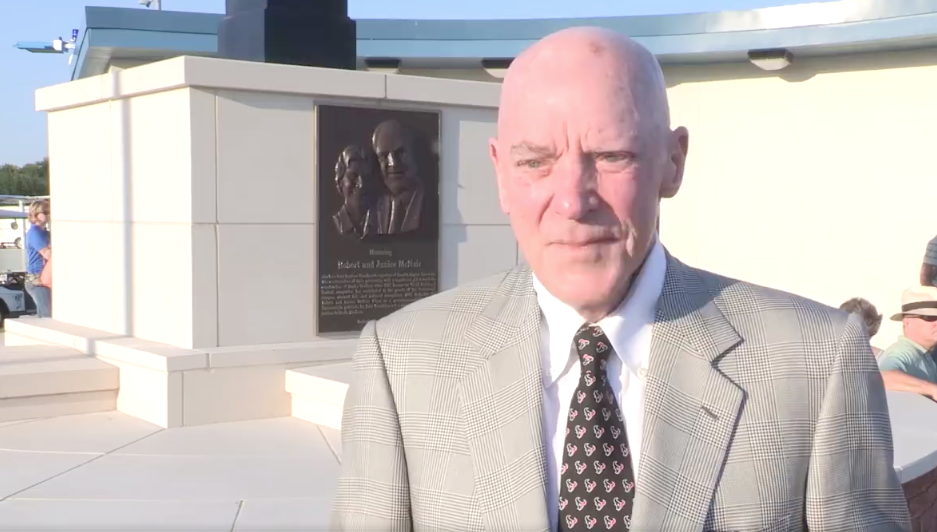 The owner of the Houston Texans, Robert McNair, has come under fire for likening football players protesting during the national anthem to prisoners.

“We can’t have inmates running the prison,” McNair reportedly said during a meeting with NFL team owners and executives where they discussed what to do about players protesting during the national anthem, according to ESPN.

During the meeting, higher-ups in the NFL, including Dallas Cowboys owner Jerry Jones and NFL commissioner Roger Goodell, discussed the protests, how they thought they were impacting the league, and what could be done. The NFL is reportedly being pressured by sponsors to improve TV ratings, and Trump has fired off several tweets condemning the protests.

Weeks into the season, players have continued to peacefully protest during the national anthem — as the First Amendment allows them to do. McNair’s comment hit a nerve at a time when players have been trying to remind the world that they're people first, and racial tensions and police brutality are issues that affect many of them off the field.

McNair's comments aren't the first time the NFL has been compared to incarceration — or even slavery. In a 2016 Sport Illustrated story, Doug Baldwin, a receiver for the New Orleans Saints, described being in the NFL as “modern-day slavery.”

“Don’t get me wrong, we get paid a lot of money,” he said. “There’s a sense of ‘shut up and play,’ that this is entertainment for other people. Then, when we go out in the public, we’re like zoo animals. We’re not human beings.”

Troy Vincent, a former NFL player who was in the room when McNair made his comment, stood up to say he was offended. Vincent said that during his time in the NFL, he’d been called many things, including the N-word, but that he had never felt like an “inmate,” according to ESPN.

It didn’t take long for McNair to try to make amends — he apologized to Vincent, and issued a statement on Twitter on Friday morning.

“I regret using that expression. I never meant to offend anyone and I was not referring to our players," McNair wrote. "I used a figure of speech that was never intended to be taken literally. I would never characterize our players or our league that way, and I apologize to anyone who was offended by it.”