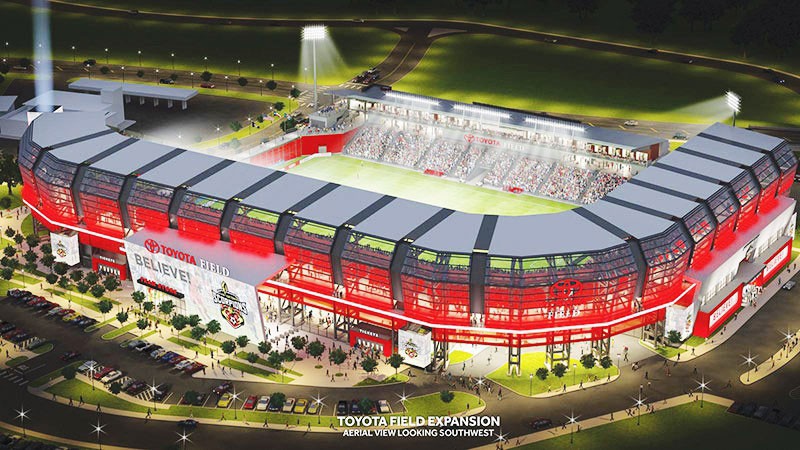 On Oct. 16, the owner of the Columbus Crew — Columbus, Ohio's Major League Soccer team — announced he'd move the team to Austin if the city didn't build his team a new stadium.

This declaration came as a shock to Bexar County Judge Nelson Wolff, who'd been encouraged by MLS officials to purchase the Toyota Field on the assumption San Antonio would soon have a national soccer team. At the same time, MLS had made clear it wouldn't establish new franchises (teams) in both San Antonio and Austin.

The news out of Columbus was an unexpected blow to Wolff. That's why he's ordered the Bexar County's District Attorney's office to "thoroughly investigate" the decision.

"Bexar County has invested a great deal of money, time, and energy in this pursuit," wrote Wolff in an Oct. 27 letter to MLS Commissioner Don Garber. "As these troubling facts have become public, I have a duty to the taxpayers of Bexar County to question this process and its fairness."

After the Oct. 16 announcement, reports began trickling out that Columbus Crew owner Anthony Precourt had actually obtained MLS approval in 2013 to relocate the team to Austin at any time. Wolff writes that, "Had Bexar County officials been aware of such a right, we would not have invested in Toyota Field."

Precourt has also made an agreement with University of Texas at Austin to use the UT athletic facilities in 2019, according to Wolff. Oh, and the MLS registered trademarks for Austin team names in August.

The county split the hefty cost of Toyota Field — $18 million — with the city in 2015.  According to Wolff, this decision was made only after a meeting with MLS President Mark Abbott, where Abbott encouraged the county to purchase the stadium and submit a bid to join the MLS.

Wolff asked Garber for a "prompt response" to his letter, but added that in the meantime, Bexar County DA Nico LaHood will investigate the deal. It's unknown what kind of criminal charges the county could bring against MLS officials.

In August, Mayor Ron Nirenberg hinted that he's prioritized getting MLS in San Antonio over the AAA baseball team former Mayor Ivy Taylor had rallied for.

After Precourt made his announcement, Nirenberg issued a brief statement: "When the MLS figures out what it wants to do, we’re ready to talk."