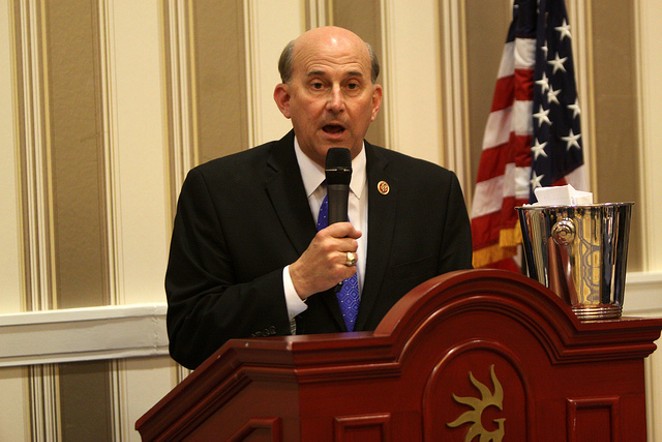 Republican congressman Matt Gaetz of Florida introduced a resolution today demanding the recusal of Robert Mueller as special counsel investigating Russian meddling in the 2016 U.S. presidential election — and one of the first Republicans to jump on board is Texas' very own, very outspoken Louie Gohmert.

Gaetz, Gohmert and Rep. Andy Biggs of Arizona accuse Mueller of having a conflict of interest due to serving as FBI Chief during the Uranium One Deal, which was approved by the Obama administration in 2010.

In the Uranium One Deal, a Russian company was allowed to purchase a Canadian-based mining group with uranium operations in the United States.

Gaetz and the gang are particularly riled that even though there was evidence of corruption in the 2010 deal, Mueller did not produce any charges, therefore he should recuse himself from the current Russia investigation. However, as noted by Business Insider, the FBI did bring charges into the uranium case under Director James Comey who was later fired by Donald Trump.

Currently, there is no indication that Mueller is investigating the uranium deal.