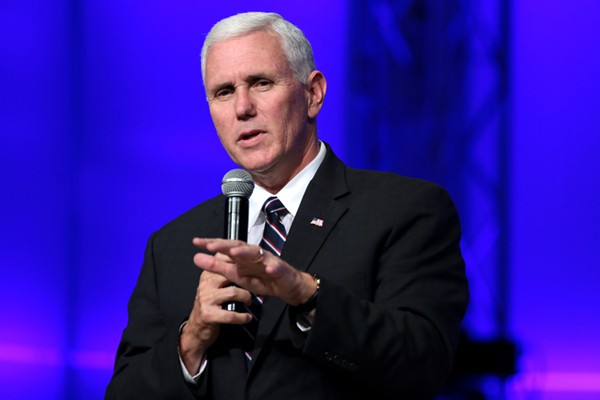 Vice President Mike Pence announced on Twitter that he and his wife Karen will be visiting Sutherland Springs on Wednesday.

Karen & I will travel to #SutherlandSprings on Wednesday to meet w/families of the fallen, injured & law enforcement. We are with you Texas

Shortly after the Nov. 5 shooting at First Baptist Church of Sutherland Springs, Pence sent his "prayers" to the victims over Twitter. "We grieve w/ you & stand w/ resolve against evil," he wrote.

As a reminder: Over the course of Pence's political career, gun rights groups have contributed more than $35,000 to Pence, with the NRA contributing $28,000.

Pence will be visiting while President Donald Trump is on a 12-day, five-country trip through Asia.