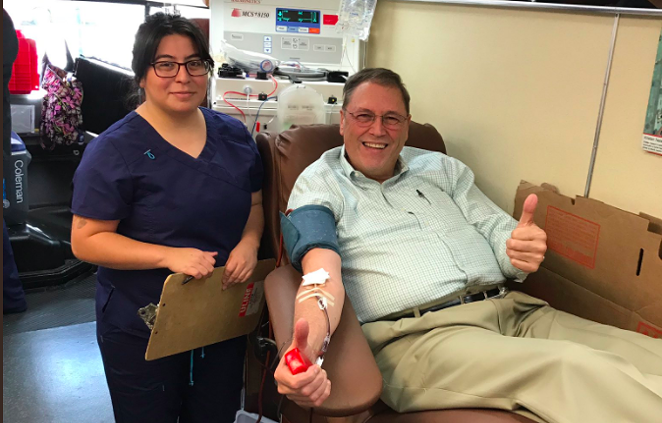 In the uncertain, cloudy days since the Sutherland Springs church shooting, there's one thing that's become remarkably clear: the government isn't great at keeping track of military members convicted for domestic violence. This error has potentially allowed many former abusers who should be barred from owning weapons, like Sutherland Springs gunman Devin Kelley, to legally purchase firearms.

But the Department of Defense isn't the only one to blame for failing to report these types of felonies —many of these charges originate in local or state courts, and could easily fall prey to jurisdictional tangles before making it on a federal registry.

That's why San Antonio Councilman John Courage has called for an investigation into the the city's municipal court system — which handles family violence misdemeanor cases — to make sure these convictions are keeping all criminals from owning guns. In Texas (and other states), even a misdemeanor conviction from family or domestic violence can cost a person access to purchasing a gun.

"Recently, we have learned that the United States Air Force allegedly failed to enter the Sutherland Springs shooter’s domestic violence court-martial into the appropriate federal database," said Courage in a Wednesday memo. "As chair of the Audit and Accountability Committee, I want to make certain that San Antonio’s reporting mechanisms are adequately utilized.”

It's not frivolous for Courage to want this kind of assurance, especially when Bexar County has some of the highest rates of domestic violence homicides in the state. Just last week, San Antonio Police Chief William McManus announced the suspension of a detective within the department's Special Victims Unit for failing to follow through with more than one hundred cases involving sexual assault, which are often linked to domestic violence.

At its core, Courage's goal shouldn't be too much of an ask: “To prevent those with a proven propensity of violence from acquiring and possessing firearms."