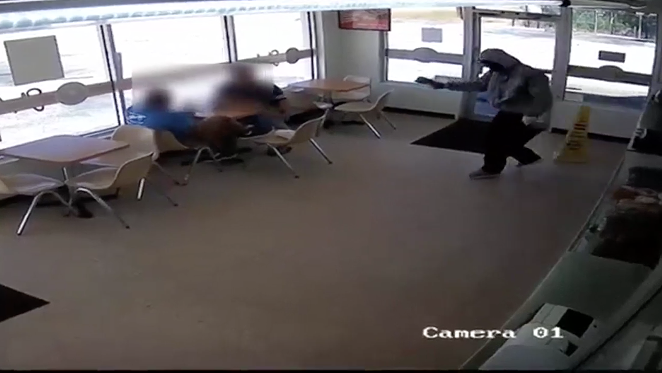 Do you know someone who would rob a donut shop but give out treats to customers during the heist? If so, the Houston Police Department could use your help.

Law enforcement over in our I-10 sibling Houston is looking for three suspects who robbed a Shipley Do-Nut shop last month. Three men are accused of aggravated robbery with a deadly weapon on Oct. 16.

And giving out donuts to the customers inside the store at the time of the robbery.

Yes, one of the suspects began handing out some sweet treats in the middle of the robbery. He had finished collecting the customers phones (so they wouldn't call the police), and must have felt bad? While his accomplices robbed the employees. this guy was like Oprah yelling, "You get a donut! Everybody gets a donut!"

In the video posted by KHOU, it appears the suspect asks the two customers what they'd like while pointing at the wall of donuts. Then, he grabs a few selections and gives it to them before departing the store.

So if you heard through the grapevine that one of your homies robbed a Shipley's and turned into Oprah in the middle with the whole "you get a donut!" excitement, call (713) 222-TIPS with your information.