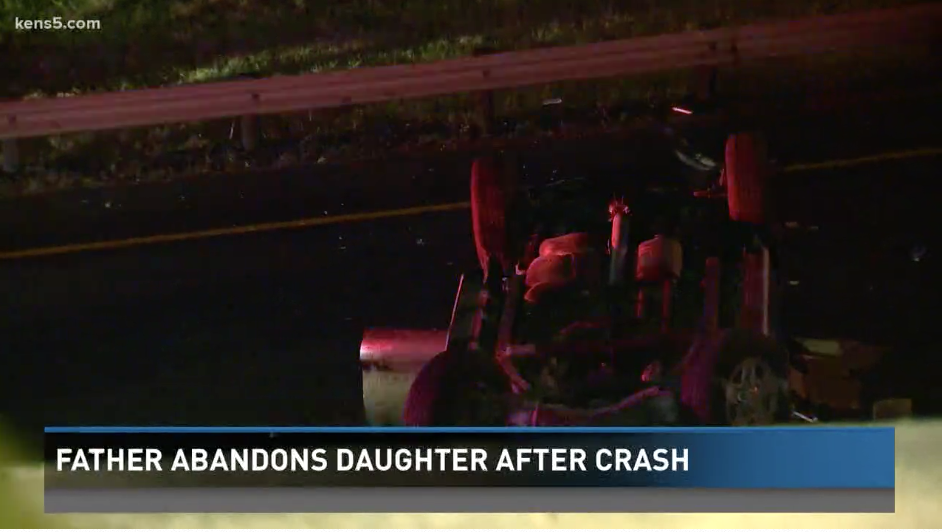 San Antonio Police Department are looking for a driver who rolled his vehicle over a bridge on Loop 1604 and left his child behind at the scene.

The accident occurred on the North Side of San Antonio, near the Loop 1604 and Blanco Road intersection, around 10:30 p.m Sunday. According to KENS 5, a 5-year-old girl was riding in the suspect's vehicle while the child's mother followed him in another car.

Police told the news station that the driver took a wide turn onto Blanco Road, drove through the barricade and rolled off the bridge. He fled the scene, where paramedics found the child with a broken leg. She was transported to University Hospital for treatment.