Texas DACA Recipient with Disability is Inexplicably Being Held by ICE 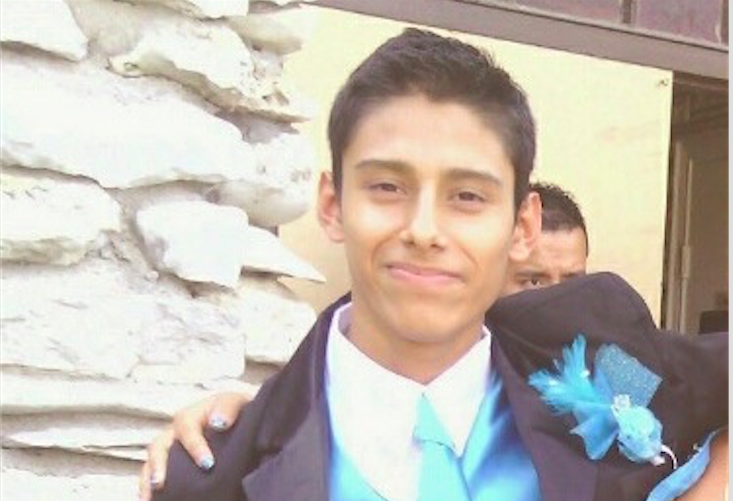 A 20-year-old undocumented immigrant from San Marcos has been held in a Texas detention center for just over a month — despite having Deferred Action for Childhood Arrivals status, a clean criminal record, and a painful handicap that's been ignored since entering the federal lockup.

It's yet another case that points to how U.S. Immigration and Customs Enforcement may be quietly shifting its priorities under the Trump Administration — and contradicting current policy.

Felipe Abonza-Lopez was riding in a packed car near Uvalde on October 12 when  a sheriff's deputy pulled up behind them. The sheriff's office had received a call that the car "looked suspicious," according to a Customs and Border Protection statement obtained by the Huffington Post. Abonza-Lopez, who has no criminal history, was promptly arrested on suspicion of being involved in a "human smuggling operation." The four other undocumented immigrants in the car, including two of Abonza-Lopez's cousins, were arrested under the same suspicion.

(Based on several calls the Current made to the Uvalde County Sheriff's Department, it appears the only people who can share arrest records were out of the office Tuesday.)

None of the passengers were charged with human smuggling.

Two of the passengers were deported, one was charged with illegal re-entry, and Abonza-Lopez and his older cousin were immediately handed over to Border Patrol.

Once at the Border Patrol facility, Abonza-Lopez was placed in short-term holding cell, often referred to as a "hielera" (Spanish for "icebox" or "freezer") by detainees for their extremely cold and uninhabitable conditions.

That's when the pain began. Abonza-Lopez's left leg was amputated when he was a child. It's been replaced with a prosthetic leg attached with metal screws that, when cold, shoots pain into the rest of his body. A few nights in the "hielera," and Abonza-Lopez was riddled with serious pain, according to Amy Fischer, the policy director of San Antonio-based immigrant rights organization RAICES, who's helping with his case.

Border Patrol dropped the human smuggling investigation a few days into Abonza-Lopez's arrest, along with any charges against him. But that didn't stop agents from handing Abonza-Lopez over to the U.S. Immigration and Customs Enforcement agency to begin formal deportation proceedings — even though he is allowed to live in the U.S. legally because of his DACA status.

Abonza-Lopez has since been moved to the South Texas Detention Complex in Pearsall, Texas, where his requests for medical help to relieve his pain have been generally ignored — and openly mocked.

In a November 11 letter obtained by RAICES, Abonza-Lopez said that when he went to the center's clinic, a staffer said, "This is the prosthetic guy, he doesn't need any medicine." A nearby guard laughed and added, "You can put a broomstick in his leg and he can use [it to] sweep." It was clear the staff didn't think Abonza-Lopez could understand them, since they were speaking in English. They were wrong. He was given a pill for the pain and sent on his way.

"I have not returned to the clinic because of the bullying," Abonza-Lopez wrote in the letter. He said that when he's experienced this pain in the past, his mother takes him to a specialist in Dallas. "I am suffering. Please get me out of here. I don't deserve to be treated so inhumanely."

Abonza-Lopez moved to the U.S. when he was 5, and graduated from Del Valle High School in 2016. As a DACA recipient, he holds a two-year work permit that doesn't expire until May 2019 — which should protect him from deportation, even under the Trump Administration. On September 5, President Donald Trump announced he'd be ending the DACA program, but that existing DACA work permits would be honored until their expiration date. If ICE deports Abonza-Lopez, they would be directly contradicting Trump's most recent directive.

Abonza-Lopez has yet to be given a court date for his immigration proceedings, but has a bond hearing set for November 21. However, Fischer said RAICES and Abonza-Lopez' attorney, former immigration judge Bertha Zuniga, are determined to get him out before then. They're relying on public pressure to rattle ICE into compliance.

It's not the ideal way to seek justice, but it's what's worked in the past. When 10 DACA recipients were delayed for hours at a Texas border checkpoint in September, pushback from Texas members of Congress and advocacy groups resulted in the immigrants' release. And when San Antonio DACA recipient Josue Romero was picked up by ICE after a minor pot possession arrest in February, the van driving him to a detention facility only made a U-turn after Texas Congressman Lloyd Doggett intervened, in response to public outcry.

Fischer said she's been seeing more instances of Border Patrol and ICE collaborating to crack down on DACA recipients in the past year. What's more unusual, she said, is that Abonza-Lopez was transferred to a detention center after charges against him were dropped. It's hard to say what's going on behind the scenes, she said. What matters now is that he's released.

"He's already been there significantly too long. He's in pan and ridiculed from medical professionals," she said. "No human should have to suffer like this."