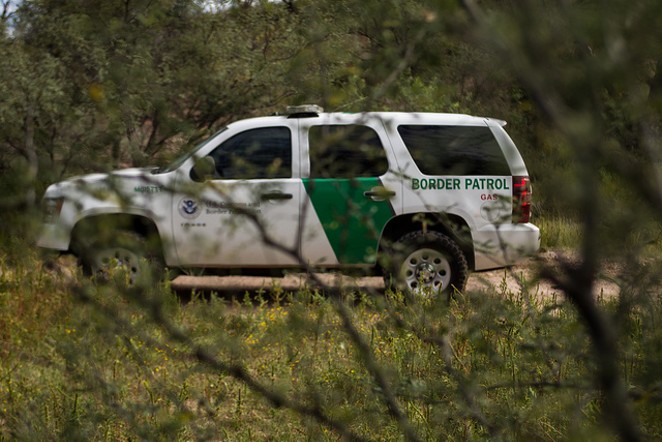 The FBI's Tuesday press conference on the death of a Border Patrol agent has revealed little new information on what actually caused Rogelio Martinez's death — but may help quell the myriad of conspiracy theories growing around the Southwest Texas incident.

Agent Martinez and another unnamed Border Patrol agent were investigating a tripped sensor about 20 miles east of Van Horn, Texas on Sunday shortly before they were discovered with severe injuries. According to the FBI, both agents suffered traumatic head injuries along with broken bones and other minor wounds, none of which were from a firearm. Martinez died after being air-lifted to an El Paso hospital. His partner is in stable condition and has memory loss.

Immediately after the incident was made public, President Donald Trump, Gov. Greg Abbott, and other far-right politicians jumped to the conclusion that Martinez has been attacked, likely by undocumented immigrants.

But at the Tuesday press conference in El Paso, FBI El Paso Division head Emerson Buie Jr. said the agency is investigating a "potential assault" on a federal officer. No federal officials (aside from the President of the United States, that is) have actually called Martinez's death the result of an assault or attack.

According to reporters who attended the short event, FBI officials are still investigating the scene and gathering information on the agent's injuries. Gov. Abbott has offered $20,000 to anyone with information about the death.

On Monday, Associated Press reporters sourced an anonymous federal official involved in the case who said the agents may have been injured from falling down a rocky, 14-foot-culvert. Meanwhile, alarmist fake news sites like Brietbart have decided that "illegal aliens" bashed in Martinez's head with a rock (and have already named a suspect).