by Lyanne A. Guarecuco and Alex Zielinski 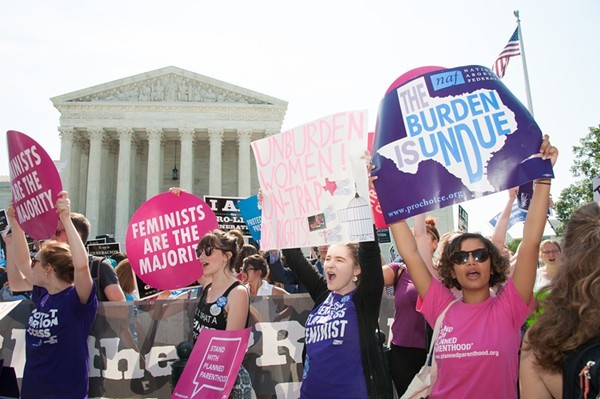 A federal judge has thrown out Texas' newest anti-abortion bill, Senate Bill 8, arguing that it places an "undue burden" on women seeking a second trimester abortion in Texas.

"Words are important," wrote U.S. District Judge Lee Yeakel in his Wednesday ruling. "That a woman may make the decision to have an abortion before a fetus may survive outside her womb is solely and exclusively the woman's decision."

SB 8 bans the safest and most common abortion procedure in the second trimester, known as a “dilation and evacuation (or D&E) abortion. Alternatives to a D&E abortion, like inducing labor to make a woman deliver the fetus, or a surgical procedure similar to a hysterectomy, are risky and expensive, according to abortion doctors. SB 8 was a product of the recent Texas legislative session. In July, shortly after it was signed into law, Texas' top women's health clinics, including Planned Parenthood and Whole Woman’s Health, sued the state.

In court, attorneys for the state argued that there are a few other alternatives to D&E, all which Yeakel said were far too life-threatening.

"The court concludes that requiring a woman to undergo an unwanted, risky, invasive, and experimental procedure in exchange for exercising her right to choose an abortion, substantially burdens that right," Yeakel writes.

He also addresses the state's use of graphic images and language about the D&E procedure to influence his decision — a tactic mastered by anti-abortion advocates.

"The evidence before the court is graphic and distasteful," he writes. But...It does not remove weight from the woman's side. And it does not add weight to tip the balance in the State's favor."

Yeakel temporarily blocked the law in August, the day before it was set to go into effect, simply arguing that abortions in the U.S. are legal. Wednesday's decision is more concrete. This case, however, is far from over.

Much like the last lawsuit against a Texas anti-abortion bill, House Bill 2, this case may bounce all the way up to the U.S Supreme Court. As a reminder: Last time this happened, the state lost — and it's still paying back the $4.5 million it racked up in legal fees.

But for now, abortion advocates are celebrating. Planned Parenthood CEO Cecile Richards applauded Yeakel's ruling in a press release: “Today’s decision affirms what we already know — that politics should never tie the hands of doctors or bar women from safe medical care."